Mike Hatton Adds Producing to Repertoire With 3 Movies in Progress 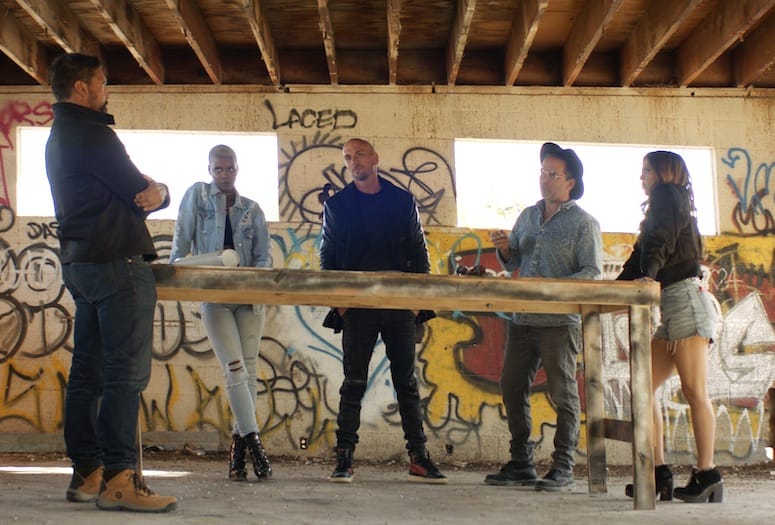 After successfully making the transition from reporter (he was a red carpet-staple for Palm Springs’ NewsChannel 3) to actor (he had a significant role in the Academy Award-winning Green Book), Mike Hatton has also added producing to his repertoire.

• READ NEXT: How Mike Hatton Was Cast in the Oscar-winning Film Green Book.

Hatton, with director Christian Sesma, currently has three movies in various stages of development, including Pay Dirt, which stars Val Kilmer, his up-and-coming daughter Mercedes, and Hatton himself. Filmed at many recognizable locations in the Coachella Valley, the entertaining thriller is scheduled to be released Aug. 3.

Hatton chatted with Palm Springs Life about his upcoming projects, why the Coachella Valley is a great film location, and the challenges of making a movie during a pandemic.

You have several projects happening simultaneously. Last December, you made Pay Dirt with Val Kilmer in the Coachella Valley and recently screened it for potential buyers. How did that go?

The response to Pay Dirt has been fantastic. The sales have been great and we’ve sold it in international territories all over the world. We’re really happy with it. The trailer is now available to the public. I’m really excited to say that Val Kilmer and his daughter Mercedes, who is also in the movie, are going to be on Good Morning America in early August, promoting the movie. It’s a very exciting time. 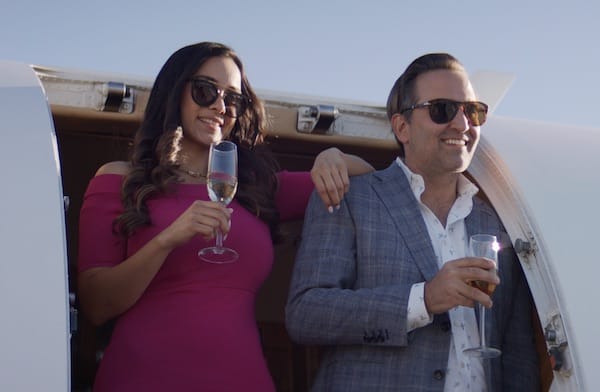 Mara Fimbres as Olivia and Mike Hatton as Geoff Bentley exit a plane in Pay Dirt, which is tentatively slated to make its debut in August.

What’s the film about?

It follows a parolee who teams up with his old crew as they determine to find a buried bag of cash that was stolen five years ago from a DEA bust gone bad, all while being tracked by a retired sheriff. It stars Luke Goss, Val Kilmer, Mercedes Kilmer, and myself. It’s a fun crime-heist action thriller.

Where did you film in the desert?

We shot on the east side of the Coachella Valley at lots of familiar locations. We shot a whole sequence in downtown Coachella and we actually secured Coachella City Hall as our production offices. We also shot at Fantasy Springs Resort Casino.

When can we expect to see it?

August 3rd. It was supposed to go to theaters, but now that theaters are closed we don’t really know where it’s going to be available yet. I don’t know if we’re actually going to do our theatrical run or not. We might do drive-ins. There’s a lot up in the air involving our run.

You’re about to begin shooting a new film called Take Back. Is this still on schedule, considering that we’re still largely on lock-down?

Yeah, Take Back is actually still on schedule. Our hope is to begin our principal photography before the end of July. Mickey Rourke, Michael Jai White and Gillian White will be starring in it. Sesma, who directed Pay Dirt and who’s also a Coachella Valley resident, will direct. It’s a straight-up crime thriller, like a grittier Ocean’s Eleven.

What do you foresee as the challenges of filming during this pandemic?

Oh, man. The challenges are that we have to make sure that everybody’s safe and everyone feels comfortable. When you make an action movie, it means you’ve got to do a lot of rewriting and a lot of reworking to make it work.

What extra precautions are you taking?

We actually have a pretty intense COVID prevention plan. We’re going to be taking all the necessary steps to avoid contact with the virus. That is the biggest challenge, as is getting film finance companies confident enough to say, “Yes here, take my money and use it for this movie,” knowing that there is this risk out there.

Obviously, it’s a scary time because if we have an outbreak we’re going to have to shut down and we don’t want that. We’re hoping that we can squeeze these movies in before there’s a second wave. Obviously, we’re taking all precautions to try to prevent the spread and treating it like a restricted business with everybody wearing masks, gloves, and maintaining social distance. Everybody’s getting tested multiple times a week. It’s a pretty big undertaking. We always strive to make these work and every movie is a little miracle. So, this one will just be a little bit more of a miracle.

What makes the Coachella Valley such a special place to film in?

There are so many movie fans there and it’s not like Hollywood, where people are jaded and they truly want out. You can call friends and there’s that small town feeling of, “Hey, do you know anybody who has a car wash?” They’re like, “Oh yeah, you can shoot here.” The locations are friendly, the people are much friendlier, and it’s unlike any place in the world. Importantly, the director  [Sesma] lives in Cathedral City, and he knows everyone, and wants to make movies here.

You’re also developing another project that will shoot in the desert?

It’s a Rambo-type movie called Retribution Road. It will star Michael Biehn, from the first Terminator film, and Taryn Manning, from Orange is the New Black. She’s actually a Palm Springs resident now. So, we’re trying to once again utilize people who are truly local to the area. It’s part of our grand plan of getting more movies made in the Coachella Valley.

What attracts you to a particular film project?

Money. No, I’m kidding. It’s got to be something that I believe can get completed. As a producer, I want to do things that I care about obviously, but I also have to believe that the project can make it to the screen. It’s a combination of there being an element that I can sell and an actor or actress that I can attract to attach to the project. I also have to know if the project will be fun and if I think it’ll be something that I want my family to see and that I’m going to be proud of.
Over the years, I’ve become fortunate that I don’t have to say yes to everything, and the ones that I do say yes to I think are either going to be movies that I can be proud of socially, like Green Book, or movies that are fun and people would want to go watch, like Pay Dirt.

Pay Dirt is tentatively scheduled to be released in August.