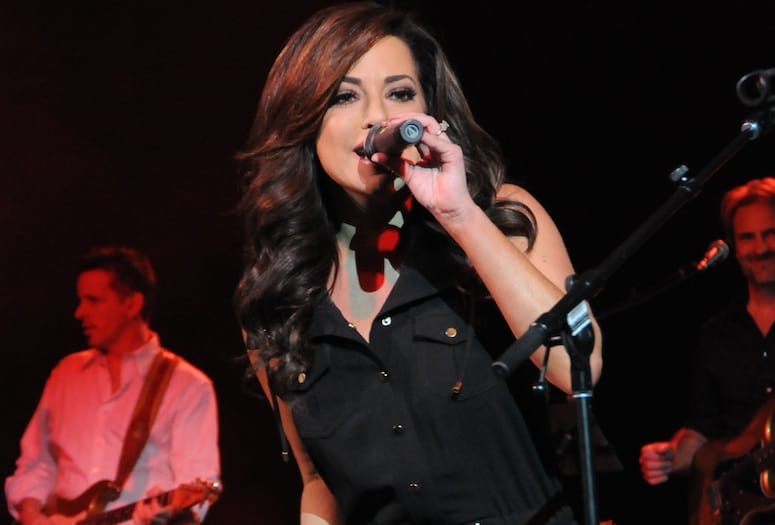 Energetic HLN Morning Express host Robin Meade was, once, challenged to learn the basics of golf for a story.

She would take five lessons from an LPGA instructor to ready herself for tournament play. In her first competition, a Grand Slam golf pro-am in Bermuda, she explains, “I didn’t quite understand what I had gotten into and the experience just continued to get bigger and bigger…In the end, we actually won Best Pro-Am Team. I actually have a PGA trophy. And it’s the only athletic trophy I will win in my life!”

Meade admits she’s a beginner golfer, however her accomplishments show how her determination to succeed marks every endeavor she tackles. A well known television personality, she’s also penned the book Morning Sunshine!: How to Radiate Confidence and Feel It Too, and equally passionate about her music after releasing a country music album, Brand New Day. Meade has been asked to share her vocals and lend a hand at the Fifth Annual Patrick Warburton Celebrity Golf Tournament, March 5-8, in Palm Desert. This four-day charity event, spearheaded by actor Patrick Warburton and his wife, Cathy, benefits St. Jude Children’s Research Hospital, the admired organization that helps treat and defeat childhood cancer and other deadly diseases.

“Music and golf go so well together and this is one of the largest and most successful fundraisers here in the desert (for St. Judes),” Meade says. “Patrick and Cathy are there the entire time, and show their heart and why they care. When I hear people talk about the cause or the fact that children will get care no matter what, I’m grateful to be a part of this event.”

More than 60 celebs will spend the weekend at a rock ‘n’ roll legends jam session on March 6, golf, as well as a March 7 dinner and dance soiree. Meade will host the impressive “Songwriters Night …The story behind the Music Song” on March 5 featuring the likes of:

Meade will also lend her vocals along with scheduled performers including:

• Don Felder of The Eagles, Mike Mills of R.E.M.

• Dave Brock of The Doors/Wild child St. Jude is important to Meade on many levels and she, personally, recalls a time in her early 20’s when she came face-to-face with a family struggling with their child’s leukemia diagnosis.

“I was asked, as a public figure, if I would I help their fundraising efforts by performing at a carnival weekend the family was holding,” Meade says. “I gladly helped out…. I also thought how humbling it must have been for them to ‘ask’ for such money. Understandably, they would surely have preferred to focus on getting their child better instead of how much money it would cost. Thanks to St Jude, and people like Patrick and Cathy Warburton (and all the Palm Springs area folks who turn out to support the golf weekend) fewer families will have to endure the side worry about medical costs….as they face their most important challenge: getting their child well.”