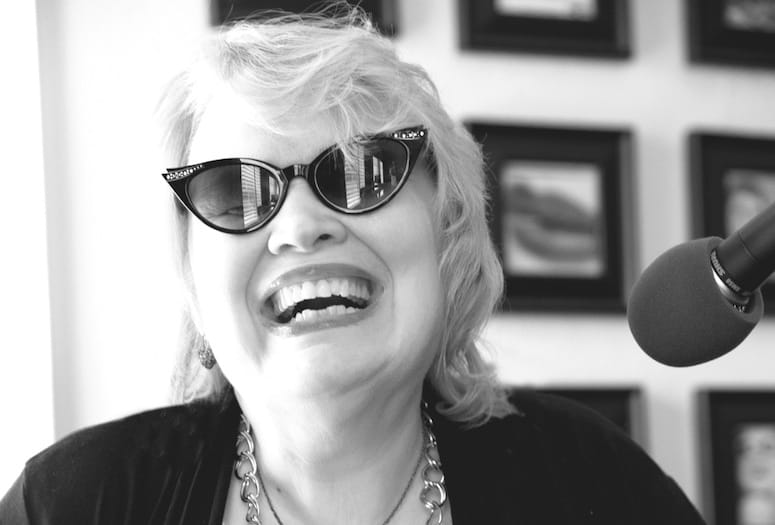 Ladies rule the pop charts these days …and they’re not doing too badly in the jazz category, either. Of the artists featured on the top 10 Billboard jazz albums this past summer, three of the performers are women. It’s no surprise, then, that Palm Springs’ festival devoted to women and jazz is getting attention.

The organizers have hitched their wagon to a true star. Since Schuur was discovered in 1979 by legendary saxophonist Stan Getz (who fell for her after hearing a few notes of “Amazing Grace” at the Monterey Jazz Festival), she has been a consistent top seller. Twenty-three albums and counting, with hundreds of songs in all, her vast repertoire extends from country music (with Alison Krauss on The Gathering) and meticulously produced new-age jazz (for GRP’s The Diane Schuur Collection) to her work with jazz orchestra icon Count Basie and way beyond. Talk about range: it’s hard to imagine any other singer today who could happily collaborate with both B.B. King (Heart to Heart) and Barry Manilow (Midnight).

Blessed at birth with perfect pitch, Schuur possesses a crystal-clear vocal tone, hitting every note in the center of the bull’s-eye, with a presence both ethereal in its quiet languishing moods yet vigorous enough to scat in a way that often beats the band. She is a true musician who lives for her craft. Schuur came by it growing up in Tacoma, Washington where she was surrounded by jazz early on — her father was an amateur pianist and her mother kept a huge collection of LPs by Duke Ellington and Dinah Washington. In fact, Washington was a vocal role model — Schuur sang “What a Difference a Day Makes” when she was just a toddler. Diane Schuur has won a pair of grammys for Best Jazz Vocal Performance – Female in 1986 and again in 1987.

Call her “Deedles.” Everybody does. It was the title of her first album in 1984. It’s a nickname her mother gave her with no explanation (“I never asked her,” Schuur says candidly), but one cannot hang around her for very long without getting redubbed, too. Owen Cartwright, the tour manager supervising Schuur’s summer concerts in Quebec and Latvia, is now “Oh-wee.” Her ex-husband is “Rocket.” The guy who helped her move to the desert is Gary, but she calls him “Lightning.” And then there’s Phyllis, also known as “Puss Puss,” her Blue Point Himalyan rescue I feel lucky to get away with only “Stewie-Wooie.”

We’re sitting in the spacious living room of her new digs in Cathedral City, a desert home she has been living in for about a year, having moved from Dana Point to simplify her life. Over in the corner is a Baldwin piano, a gift from the company, atop which sit two Grammys, one in Braille. Did we mention the Tacoma native has been sightless since her premature birth left her blind?

There is a long tradition in the arts of sightless performers producing great music. It’s a lineage that goes back to France’s famed blind piano tuners and continues with Art Tatum, Al Hibbler, Ray Charles, Stevie Wonder, and a whole slew of Southern blues singers from “Blind” Willie McTell and Willie Johnson to “Blind” Sonny Terry and Lemon Jefferson. Why is it that blind people make such great music?

“I can only answer how I relate to it,” Schuur says. “Everything has a note. There are no exceptions: machinery, airplane engines, whoopee cushions …” Her last example sends her into paroxysms of infectious laughter. “Because I have perfect pitch, I can identify each note. That’s probably some of it.”

She’s not kidding about the pitch. “I was watching the movie Ray on Netflix,” she says, “and at one point in the story they were doing a blues song and someone said, ‘Let’s do it in the key of G’ and it turned out to be E-flat. We all had a good laugh over that.”

Did she say she was “watching” the movie? “I don’t use special language for that.” She takes me into her room where she has set up Netflix and DirecTV and queues up an episode from the first season of NCIS. Other faves: Her love of The Young and the Restless and The Bold and the Beautiful is well documented in the soap opera magazines, and she adores The Rachel Maddow Show.

Perhaps it’s because she seems so at peace that she makes a compelling advocate for sightless people, recently being named the first national spokesperson for the Disability Rights Legal Center.

She’s also at peace because her other senses have more than taken up the slack. One of the songs on her CD The Diane Schuur Collection is “I’ll Close My Eyes” by Buddy Kaye and Billy Reid, first made popular by Dinah Washington. It’s impossible to be unmoved as she soars to the song’s refrain: “When we’re far apart, I’ll close my eyes and see you with my heart.”