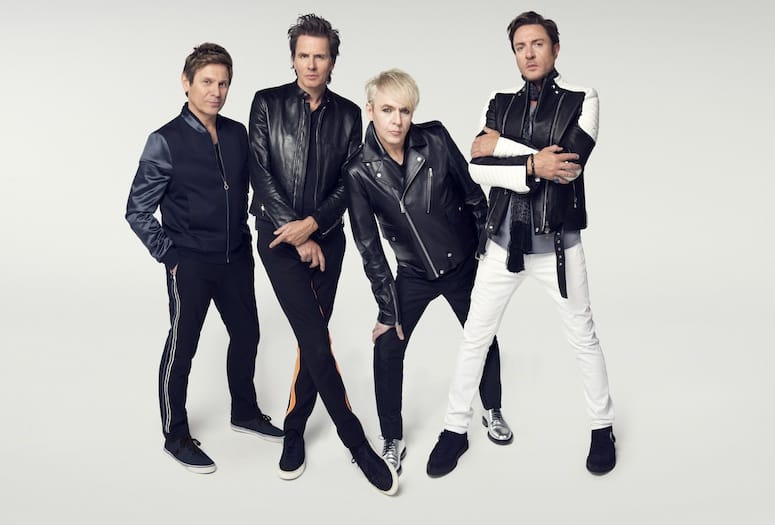 Duran Duran will play songs from its new album, Paper God, as well as the standards when they visit the desert, March 17-18.
PHOTOS BY STEPHANIE PISTEL

After making its mark in the 1980s, Duran Duran blasted back into the music scene in 2014 on a hazy, golden-desert sunlit stage at Coachella. The warm breeze brushed across Roger Taylor’s hair as he held his drumsticks and prepped to play his first festival set.

Taylor reflects back on the band’s musical legacy as well as its latest album, Paper Gods, as they return to the Coachella Valley for two shows, March 17 and 18, at Agua Caliente Casino Resort Spa in Rancho Mirage.

PSL: Tell me about the experience playing one of your first festival events at the Coachella Valley Music and Arts Festival in 2014?

Roger Taylor: We relearned the concert business in a way because festivals have gotten so big the last few years. You’re right that Coachella was one of the first festivals we played; it was incredible … like Glastonbury with palm trees! It was one of those incredible moments. We did a festival in the U.K. last year, but Coachella was our introduction, so it’s a special part of the world for us to come back to because of that. 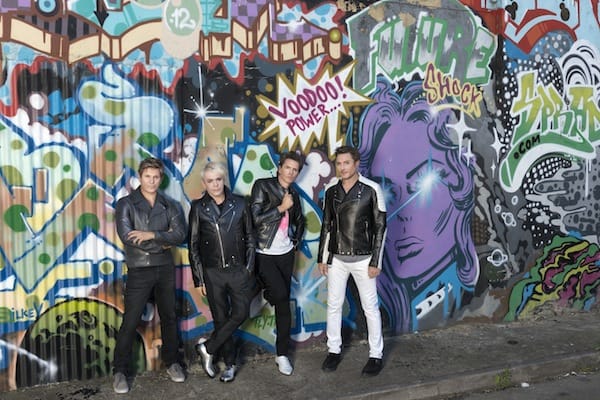 PSL: What will be different in your upcoming live performance at Agua Caliente?

RT: You play to more general audiences. They are more transient at festivals, so you have to be sharp and hit audiences hard. Audiences will be very forgiving if we play the sixth track from Seven and the Ragged Tiger — they would be more open, but festival audiences, we have to hit them harder. We play the hits and bigger album tracks.

PSL: Will you play Paper Gods songs in addition to some of your favorite hits during this tour?

RT: Yes, we wouldn’t be able to leave the stage alive if we didn’t play, in particularly, “Rio”. Our sound guy almost got lynched at one of our shows. Apparently the fans thought it was his fault we didn’t play it. Ever since then, we play it every night. It tops off the show. It’s like an anthem in the states.

PSL: As a drummer, what is your favorite song to play live?

RT: “Ordinary World,” though I didn’t play it on the record, I actually wasn’t in the band at the time. I love playing it though; it’s a classic. And also “Rio;” it’s a high-energy, challenging, fast, long song that we play every night, so I enjoy it.

PSL: Anything new in the works?

RT: As Paper Gods comes to a close this year, we will probably think about a new record. We might say that it will take us three or four months to make a record and then, two years later, we will finish it, which is pretty much what happened with Paper Gods. The lifeblood of the band is being creative, and if we didn’t have the creative buzz of making new music, we would get bored with it pretty quickly.

PSL: How did you get to work with Lindsey Lohan?

RT: Simon [Le Bon] had become friends with her. She was in London and called Simon and said, “If there’s a part for me to do on the record, I’d love to do it,” and that was it. The original idea was to have a Vincent Price [“Thriller”] speaking part in the middle of the track, but that developed into wanting a female voice, so we put that together with Lindsey Lohan doing the speaking part.

PSL: Out of your 14 albums, which is your favorite?

RT: Paper Gods is the best in a long time, but I also like Rio because it’s like a time capsule for Duran Duran. It epitomized everything we were trying to do in those early days. The first album was good, but we really hit our step with that record I think. I still love playing all the songs for that record actually; they were natural songs that were played in a natural way that was true to us.