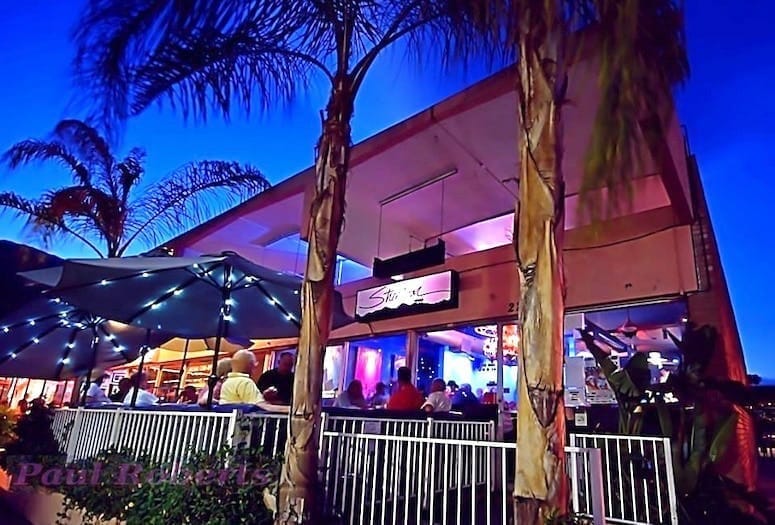 Streetbar opened in 1991 as the first gay bar in Palm Springs.
PHOTOGRAPH BY PAUL BRIT

“It was queer Cheers for me,” says Farnsworth in reference to the 1980s TV show, which featured a Boston neighborhood bar inhabited by loyal customers.

“Everybody knew each other,” he adds. “If they didn't know each other, they knew each other's drinks. It was a very friendly and very social place. It seemed like a lot of regulars' living room to me. They just accepted us so warmly. It felt like home immediately.”

Farnsworth and his husband Zane Rhys came to Palm Springs from Seattle in 1999, thinking the desert would be a good place to retire eventually and focus on their art. Farnsworth would visit Streetbar to have a drink while he would do his laundry at the laundromat next door. One of the bartenders pointed Farnsworth out as a possible bartender candidate to Dick Haskamp, who owned Streetbar together with Hank Morgan at the time. Haskamp hired Farnsworth, who started in March 2000 as a bartender and became a manager in 2003. 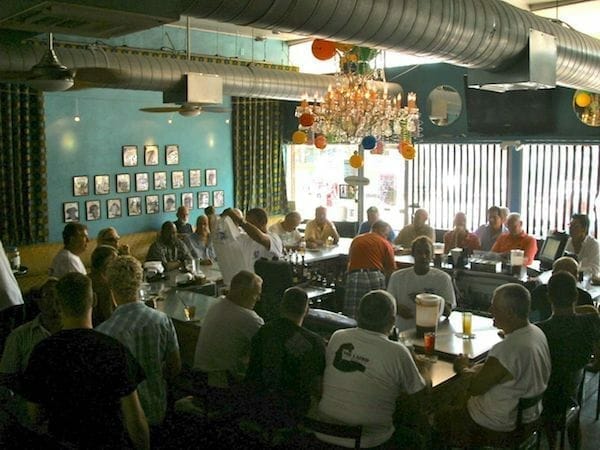 Haskamp passed away at age 70 in 2018 to miss Streetbar reaching its 30-year milestone in 2021. Farnsworth says the secret to longevity is the staff. “It is about finding people who treat where they work like it was their own,” Farnsworth says. “No one did this by themselves. It is a team effort. It took all of us, from Dick as owner to all the staff, those people who stand behind the bar to the clients who come in every day. It’s been a wonderful experience and a great place to work.”

That teamwork coupled with the bar’s dedication to fundraising for charitable causes has led to being named Community grand marshal by Greater Palm Springs Pride for this weekend's Pride parade down Palm Canyon Drive on Nov. 7. Coincidentally, Haskamp was the first Community grand marshal of the Pride Parade in 2000, and later received a spot on the Palm Springs Walk of Stars in 2013.

What did you know about Streetbar’s history? Why is it important to Palm Springs?

I do know that Dick was instrumental in getting the gay business district going. He was also instrumental in opening up the Desert AIDS Project and creating fundraisers at the bar. During the time I worked with Dick, he had hired eight artists. When I became manager, he said, ‘We should do a project, showing the staff's art.’ We came up with the art wall project, which benefited local artists, showing their work on the walls of Streetbar. Every artist would give a percentage of their sales to the Desert AIDS Project, the animal shelter, the LGBTQ Center, or different charities around town. 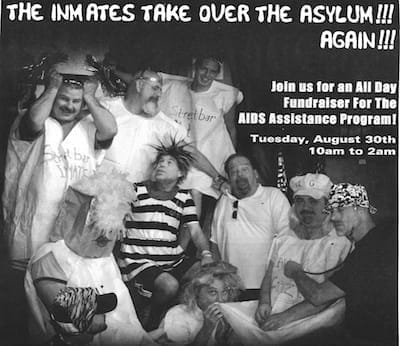 What convinced you to take a more active interest in the bar?

Dick left the bar, to my surprise, to me and to the office manager Conrad Riley. It was a gift. It was an absolute gift, not something I ever expected. We were named as the trustees to his estate, and we took care of all of his personal belongings and made sure that all of those funds went to his family in Michigan. He left the corporation to Conrad and me. Conrad passed away in 2020 leaving his half of the bar to his husband Steve Smith.

What have the last 18 months been like for the bar since the pandemic and what contributed to its survival?

The staff turned themselves inside out. They gave up a great deal. They sacrificed a lot. They came in when they didn't have to and made sure that we followed all the protocols. Our clients were great. I informed our clients via social media and told them what we're doing, how we're doing it, and why we're doing it. We had several customers do GoFundMes for the boys who were losing money, being unemployed. We just stuck it out. It was really hard. It was probably one of the most aging experiences that I've ever had. I have to say, our clients were incredibly gracious. They were so helpful. They weren't obstinate and they followed the rules. They knew how hard it was. It was just everybody working together, I think. 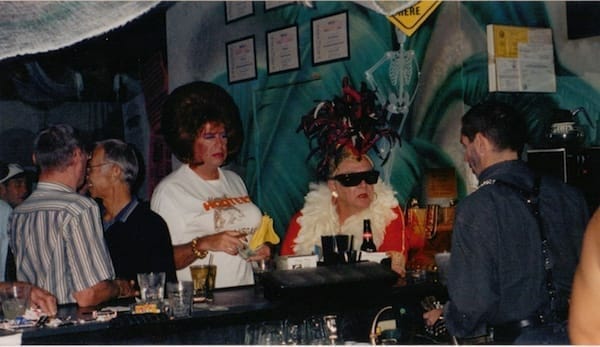 What does it mean to be named Community Grand Marshall of the Pride Parade?

It's always nice to be acknowledged by your community. I'm very humbled by it. I think that it really belongs to the staff. It belongs to the people who are there at 5a.m., cleaning that bar, and the people standing behind that bar from 10 a.m. until 2 a.m. at night, every day of the year.

And I think it honors them. I think it honors their commitment to their job and also to their community. Just for me personally, I'm just very grateful. I feel like I've had a huge input in that bar, and I couldn't have done it without the people that I work with. I think it really honors them. I've always felt we were the center of the community, because of who we are. I'm thrilled. I think it's wonderful. I wish Dick were here to see it. I feel very accomplished. We know what we're doing, and we're trying to do it the best we can.

• READ NEXT: Greater Palm Springs Pride Leads 42 Things to Do in November 2021.