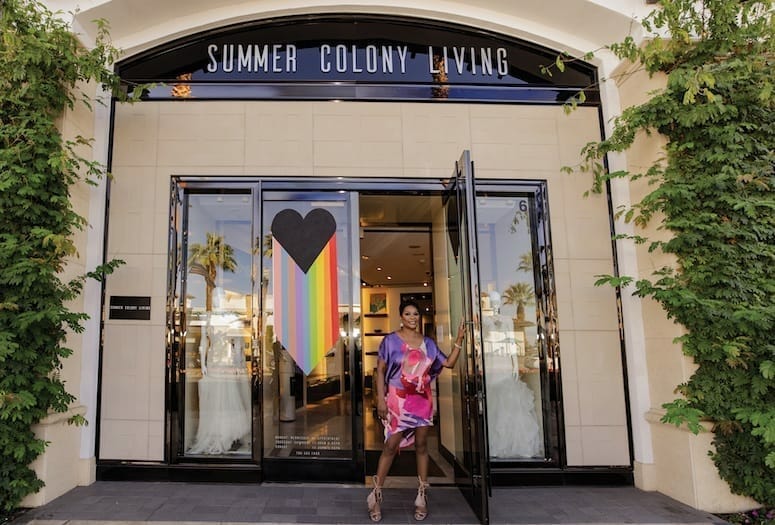 Every year, as the days grow long and the nights wax warm and heavy, coastal hamlets and resort enclaves beckon to concrete-weary city folk in search of a summer reprieve. For some, it’s the historic lighthouses and cobblestone streets in Nantucket. Others find a few months of bliss in the Hamptons’ tony social scene or downing frozen bananas on Balboa Island in Newport Beach. For more than a century, these “summer colonies” have become the backdrop for a season of sandy picnics, inspiring vistas, cool sea breezes, and sophisticated shopping and dining. 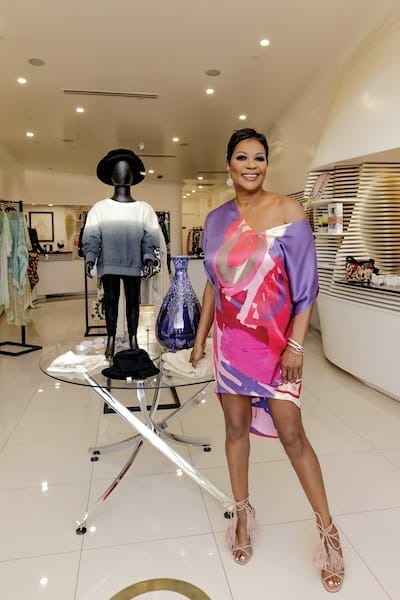 The owner and founder of Summer Colony Living, a beautifully curated boutique featuring everything from apparel and accessories to homewares and art, has always been drawn to the casual luxury of these resort retreats, despite her Midwest upbringing. Originally from Gary, Indiana, Carrington grew up far from the cast of summer colony characters most of us know by name — but Miller Beach, a 5-mile stretch of preserved, sandy dunes that hugs Lake Michigan’s idyllic shoreline, was practically in her backyard.

“I still have my home there,” she says. “I’m a nature girl at heart. I love beaches and mountains and all things resort. That’s what draws me to northwest Indiana, and that’s what draws me to the desert.” Here, she says, it feels like summer all year long — and resort living comes easy, with posh properties sprinkled from one end of the valley to the other.

In addition to apparel for men, women, and children, Summer Colony Living offers home décor, fine art, and even pet accessories.
How Carrington ended up in the Coachella Valley is “quite the journey.” She got her start in corporate retail in Chicago, working for the likes of Carson Pirie Scott on the Magnificent Mile. In 2005, California’s coast called her westward, first to Orange County, where she dabbled in television sales management and media, then to L.A., whose entertainment industry provided a fresh outlet for her entrepreneurial spirit and “retail brain.”

“At that time, there were a lot of ethnic shows on television featuring Black and minority actors, but they didn’t have the merchandise programs to go along with that,” she explains. To help fill this void, she started a company that focused on licensed merchandise deals for studios, corporate brands, and celebrities.

As much as Carrington enjoyed managing diversity-based licensing programs for major companies like Paramount Pictures and Sony, she really wanted to launch a lifestyle brand of her own — more specifically, a platform for the brands that people don’t know about. After all, as a consumer, she herself always shied away from big names, gravitating instead toward smaller boutiques and shops. “I’m inspired by emerging designers,” she explains, “and at Summer Colony Living, we’re focused on diverse, emerging creatives from around the world,” from London to New York, South Africa to South Korea, Kenya to Brazil, Detroit to Atlanta. 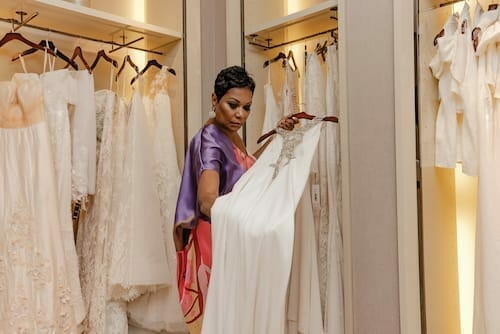 Social media and word-of-mouth have been essential in helping Carrington curate the store’s featured designers. Among them are Yukio, a Brazilian brand known for its artistic approach to luxury resort-wear, with each exquisite print personally hand-drawn by São Paulo-born designer and illustrator Fabio Yukio, and the bespoke evening and bridal gown brand Kosibah, founded by New York- and London-based Nigerian designer Yemi Osunkoya. 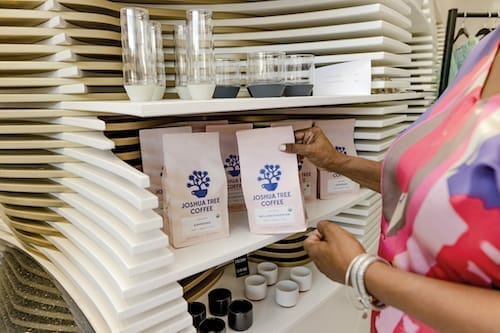 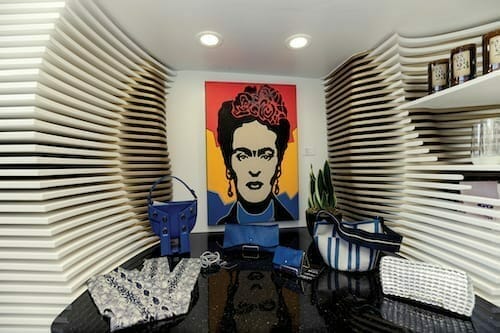 What began as a small pop-up in 2017 and has since expanded to two locations: a 3,500-square-foot space on El Paseo and another in The Gardens. Strategically, she started with fashion (“because everybody wears clothes”), but the ultimate goal has always been to create an all-encompassing lifestyle brand around resort living.

“We moved into custom bridal gowns a couple years ago,” she says, “and it’s been a great complement.” It’s also opened new ways to invest in the LGBTQ community. As a Black female entrepreneur, Carrington values diversity and inclusion as much as she does quality when it comes to growing her business and plans on introducing same-sex wedding attire into Summer Colony Living’s bridal collection in addition to partnering with the National Gay Wedding Association. 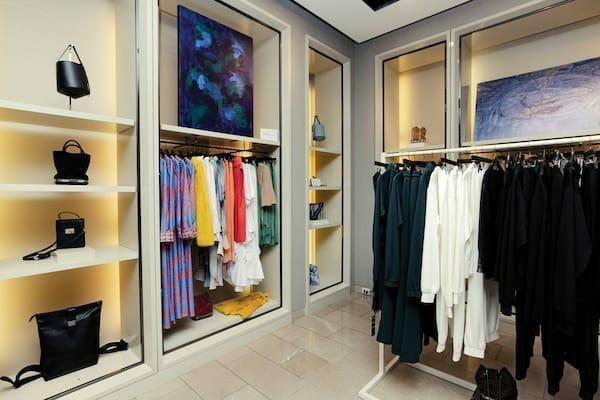 Home décor, art, unisex kids- and menswear, and pet accessories are also among the latest offerings. While shoppers are seldom accustomed to browsing for breezy, Brazilian kaftans alongside handblown glass dinnerware created by Yucca Valley artists, everything feels alike in that no item is like anything else you will find. Her typical customer, she explains, seeks quality and uniqueness, as well as that “one-on-one, touch-and-feel” experience.

“Whether they are looking for something for their home or they’re getting married, even from a fashion perspective, we have a great way of taking people outside their norm and showing them things that they wouldn’t necessarily think about.”

“I want to be the Coachella Valley brand that people come to for things that are unique and different.”