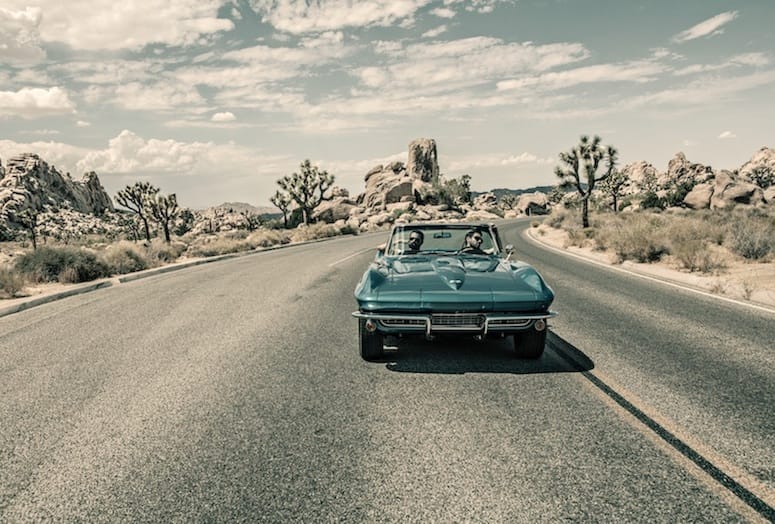 The television series Route 66 premiered Oct. 7, 1960, and ran 116 episodes  until March 20, 1964. The show followed two young men who travel the country in their Chevrolet Corvette. Both Jesse and Ian wear Vuarnet sunglasses,  Panache Optical Gallery Palm Springs. “To be able to transform is something that I get very excited about,” says Jesse Metcalfe. “As