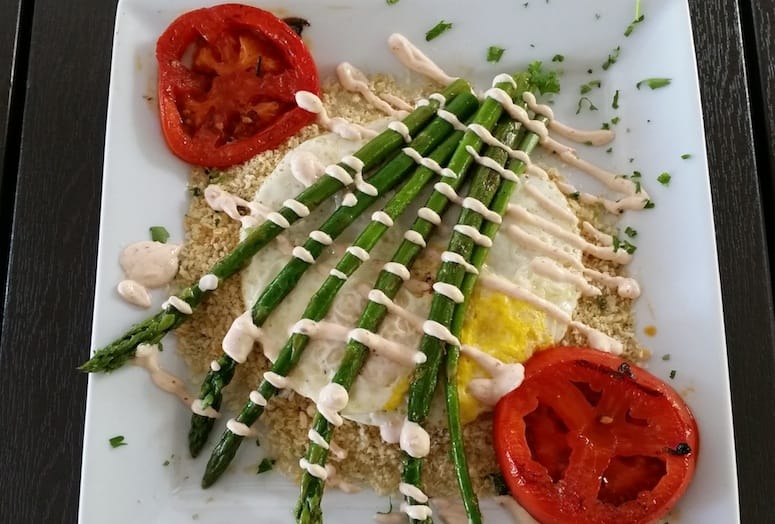 In lieu of Hollandaise, the Europa Benedict uses organic yogurt and Harissa, no English muffin, and instead a bed of Panko.
PHOTO COURTESY OF CAFÉ EUROPA

On a non-descript, sunny Palm Springs day, an elderly couple walks into a bright and airy café. On the wall they notice a 1930s Art Nouveau poster from Antibes, France.

When they are not in Manhattan or Palm Springs, the ex-patent attorney and travel agent also lives in Southern France.

After inquiring about the poster, the couple discover to their amazement that the owner of the poster and restaurant, Mike Stoltz, is also their next door neighbor in France. Their window looks onto Stoltz’ terrace in the famed Mediterranean resort town.

Now, they aren’t only Café Europa customers; they are the best of friends. Food is not only one of life’s great pleasures; it apparently connects people and cultures.

Stoltz has never owned a restaurant; rather, he’s what he likes to call himself a “serial entrepreneur.” 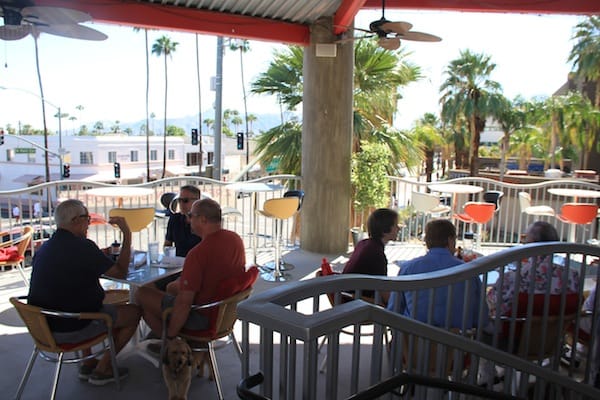 Before opening Café Europa, he looked for what he thought was missing in Palm Springs in the foodie scene. Stoltz frequents outdoor markets in Southern France to enjoy fresh food, daily.

“I had to move to the desert and for me, there was nothing really here for me to eat,” he says. “So I thought, ‘Well gee, maybe there’s other people in the community that are used to …eating farm to table’… I was right, there were a lot of people like me.”

Stoltz’s lease at his first Palm Springs location just a few blocks north on Palm Canyon Drive expired and he decided to look for a larger location to capitalize on the success of his menu. Regular customers began to ask him when he was going to open an evening portion to his breakfast segment. 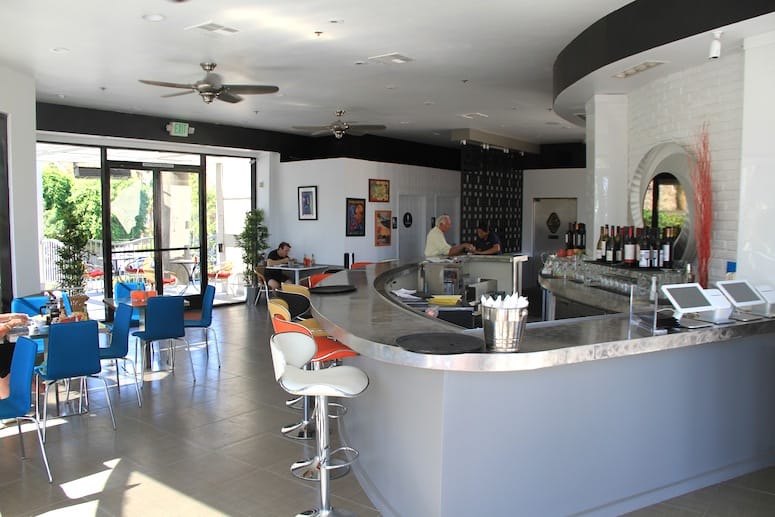 PHOTO BY ERIN PETERS
The interior of Café Europa where customers can indulge in the slider bar, and a host a single-pour wines.

It was important for Stoltz to import some of his lifestyle from Europe to the Coachella Valley because it’s not only farm fresh, but the meals are satisfying, complex, and fulfilling. His lovely café was even featured in an article in the local Antibes newspaper.

Stoltz likes operating two restaurants in one location, with one landlord to pay, one licensing fee, and one utility fee. He’s reduced his fixed costs tremendously.

Café Europa operates from 8 a.m. to 2 p.m. and JusTapas serves small plates from 5-10 p.m. And by the end of the year, JusTapas will serve skinny craft cocktails.

With dozens of restaurants lining Palm Canyon Drive, downtown is a vibrant scene of enticing eats. Once known as “Hollywood’s Playground,” foodies consider Palm Canyon a haven of fine fare worthy of a weekend getaway.

Keep a look out for Mod Café, next to Koffi on North Palm Canyon in Europa’s old spot. The breakfast spot is slated to open soon. 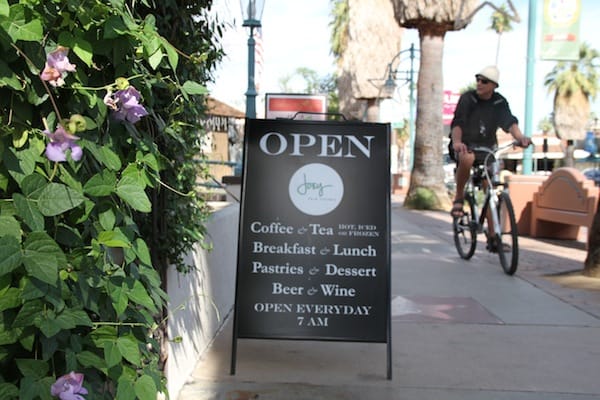 If you crave a classic croissant and cappuccino, then visit Joey Palm Springs, 245 S. Palm Canyon Drive. The quant bistro launched in January serves breakfast, lunch, and specialty coffee from Equator Coffee and Teas. Because sometimes, fancy coffee is necessary.

They’re open daily from 7 a.m. to 5 p.m. And the breakfast and lunch menus are printed daily.

And if you love tea, join Joey every Sunday and Wednesday at 3 p.m., with savory sweets, scones, and the best in organic loose-leaf teas from The Art of Tea. 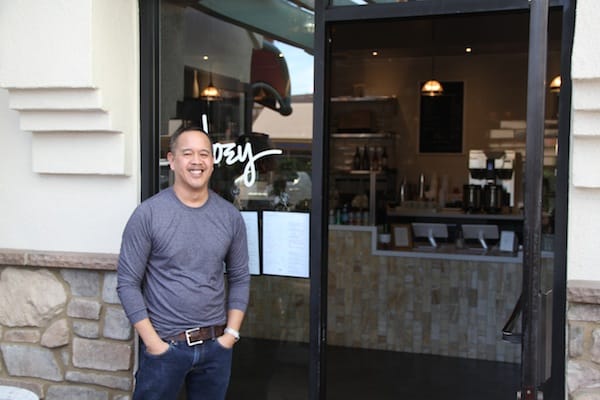 PHOTO BY ERIN PETERS
Joe Lucero is one half of the ownership behind Joey Palm Springs. The other is Vince Calcagno.

Good food is simple. At least that’s what the folks at eco-friendly Chicken Ranch boast through their tagline. Located at 515 North Palm Canyon Drive, this farm fresh, locally grown menu is perfect for those days when only comfort food will get you through the day.

Family farm, GoneStraw Farms in Moreno Valley provides the free range, cage free chickens. Delicious kale, napa cabbage and organic butter lettuce in the salads and wraps come from T.D. Farms, RF Organics, and West Central Produce. And if you want to enjoy your fresh comfort food in the comfort of your own home, Chicken Ranch offers take out and online ordering.

Brunch is essentially Broken Yolk’s reason for being. They recently opened a new location on Palm Canyon and is open from 6 a.m. to 3 p.m. daily. Whether you want a wellness wrap to start your workday off right, or something south of the border, their menu is complete with numerous breakfast options. They even have a coffee bar, where you can choose between hot or cold, and add espresso shots or flavors like caramel, vanilla or hazelnut. 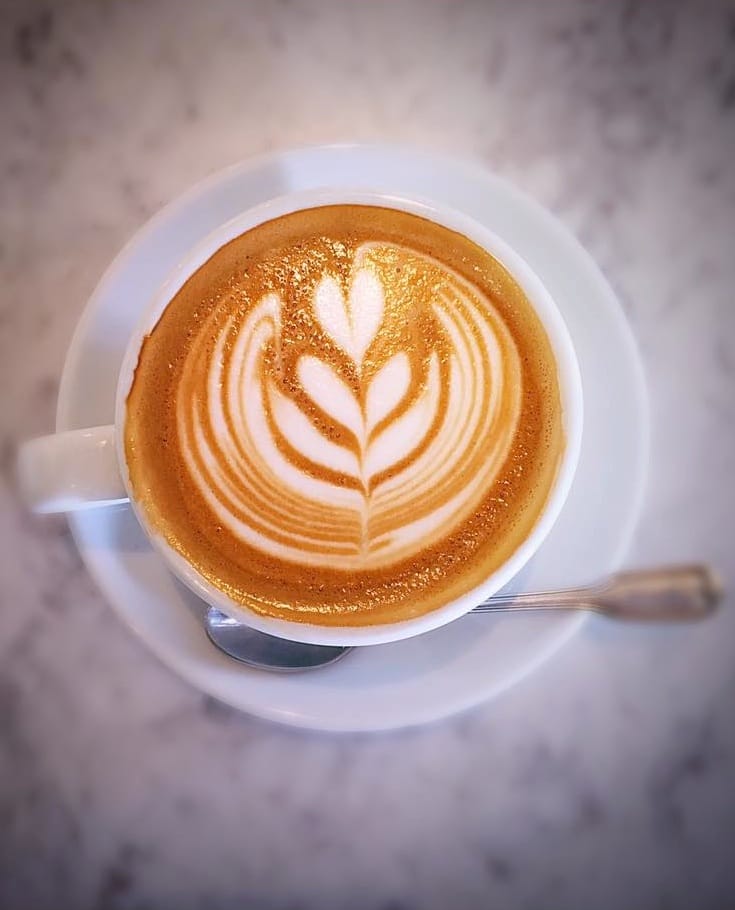