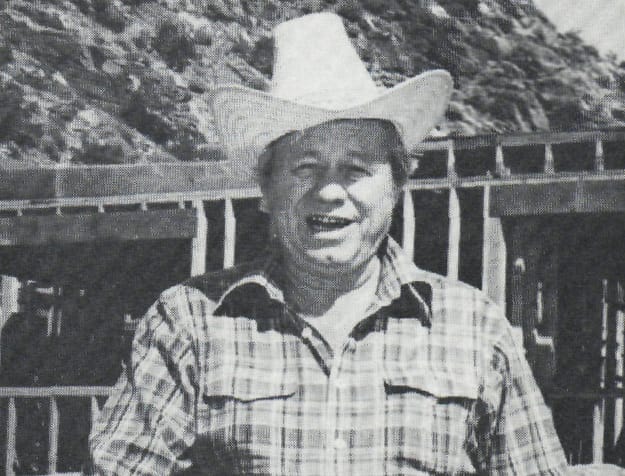 Condominiums such as his Small Mountain project will continue to provide the best possible desert lifestyle according to Warren Coble.
Palm Springs Life Archives

There are many ways to account for how a person selects his life's profession. It might be that the job has been traditional in the family. Or that a favorite teacher suggested it. In Warren Coble's case, it was a matter of necessity.

"I guess I got into the contracting business because I couldn't find anybody to give me a job. I just had to create work for myself."

Coble was born in Flagstaff, Arizona, and you can still hear a little of the Arizona high country in his drawl. Maybe his origins account for the strong affection he feels for this valley that's been his home for so many years.

"I've had a long career in this valley and ridden almost all of it on horseback but I tell all the ladies around town I'm only 35. So I'm not going to tell you that I've been in Palm Springs over 40 years."

Today, Coble shares the presidency of Coble-Bramblett Construction & Investment Company with Bruce Bramblett (formerly of San Diego and Hemet) and the partners have concentrated almost exclusively on condominium construction for the past two or three years.

Coble believes condominiums are the most practical form of housing for this area because they provide the unbeatable combination of personal ownership with a minimum of work and a maximum of amenities.

"You can lock your door and leave for a month and you don't have to worry about it — everything is taken care of until you come back. If you have an individual home, it costs about three times as much to maintain the same piece of property."

He keeps the homes within the $50,000 to $150,000 price range so that if the units don't sell, he can turn around and rent them to cover the mortgage. This has proven a consistently profitable practice in the past and should continue to be with the dramatic slowdown in home sales in the last few months.

Currently the company has a number of projects in the planning stages but it's following a policy of "wait and see." Since Coble finds himself at a point in life where he can pick and choose his projects, he believes he also has the space to "watch the market" and ride out the current slump.

"When this thing turns around, the people who have projects ready to go are the people who will make the money. This thing isn't anything new — it's the highest it's ever got, but we go through these valleys and humps every so many years."

He cites a recent project the company has bought out as a case-in-point. Coble is going ahead on a joint venture with a savings and loan association in Indio to build 189 units.

"They don't seem to be one single bit worried about the economic situation — they've committed $10 million to this particular project."

Coble feels strongly that construction costs could be brought down if there were less interference by city planners and officials.

"I think developers are a damn sight smarter than most businessmen who are working today. The construction industry is up and down all the time — a gamble every time you put the shovel in the ground. It's a risky business and you have to have the right temperament for it, but, if you can withstand the bad times, it's very rewarding."

For Coble the ultimate satisfaction is driving by a project with which he's been involved, a project to which he can point with pride.