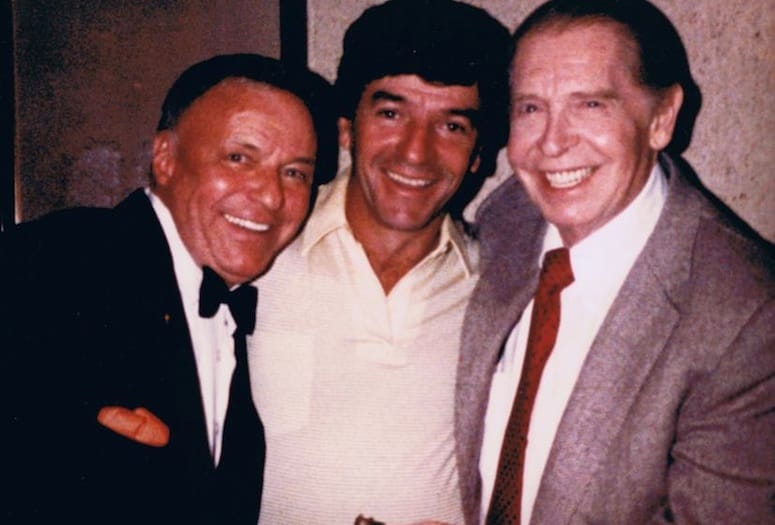 Tom Dreesen, the legendary stand-up comedian and entertainer, recalls staying at Frank Sinatra’s compound in Rancho Mirage and often driving around the desert at night with Ol’ Blue Eyes.

“(Frank) Sinatra never went to bed until the sun came up; he was nocturnal," says Dreesen, who opened for the famous crooner for 13 years. “That’s the way he was on the road or off. In the desert, he would get me out of the bungalow…and say, ‘Let’s take a ride’.

Dreesen says their conversations ranged from world politics to Sinatra’s mother, Natalina, and growing up in Hoboken.

“I think he (Sinatra) liked getting away from it all here,” Dreesen says of the Palm Springs area. “Get away from Hollywood…the peacefulness. Even when we were touring…we would fly over that mountain and it was a safe haven.” Tom Dreesen retraces his long-standing friendship with Frank Sinatra in his act, “Evening of Laughter and Memories of Sinatra."

In addition to touring with Sinatra as his opening act, Dreesen was also Sinatra’s “go-to-guy” serving as Opener and Master of Ceremonies for Sinatra’s many events here in the desert. He has served as Master of Ceremony for the Frank Sinatra Celebrity Invitational for 27 years.

Dreesen returns to the desert Dec. 12 to perform his critically acclaimed one-man show, “Evening of Laughter and Memories of Sinatra” with stand-up and storytelling at the Helene Galen Center for the Arts Theater at Rancho Mirage High School.

The one-night-only performance benefits the Barbara Sinatra Children’s Center and will help celebrate what would have been Frank Sinatra’s 99th birthday. Dreesen, a Chicago native, will take audiences on a journey from his childhood of shining shoes while hearing Sinatra on the jukebox to one day touring the nation as his opening act.

“A good comedian can make you laugh but a great comedian can make you laugh and cry as well,” Dreesen says. “This journey of friendship, laughter, and tears, starts with stories set to the song, ‘Make It One For My Baby (and one more for the road)’ with Jack Daniels (Frank’s drink of choice) to me carrying his coffin out of Beverly Hills. I also end the show with a toast, ‘The Best Is Yet to Come’. It’s the last song he (Sinatra) ever sang in the desert…or on stage, period.”

He is quick to add however, “I don’t sing. I’m a comedian and a storyteller. I don’t think anyone should sing Sinatra but Sinatra… except for Frank Jr.  It’s like trying to paint like Michaelangelo.” Now back to those conversations with Frank driving around the Coachella Valley in the wee hours.

• “He (Sinatra) liked baseball and grew up as a New York Giants fan, then he became an LA Dodger fan.”

• “He would tease me about being a Cubs fan.”

• “I am tied with Joe Mantegna for singing “Take Me Out to the Ballpark” at the 7th inning stretch at Wrigley Field. I’ve done it once a year for 14 years.”

• “I’ve also announced the game and I wore the 1908 Cub uniform in the booth because that’s the last time they won the World Series.”