What Are Your Goals, Alexander Haagen? owner of the Empire Polo Club in Indio 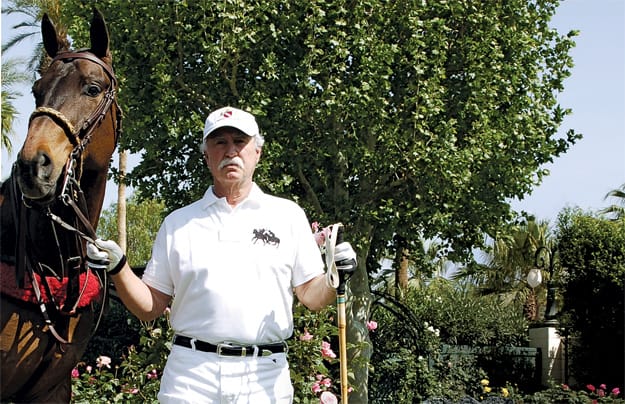 As owner of the Empire Polo Club in Indio, Haagen has emerged as a “player” in world-renowned music festivals, partnering with concert promoter Goldenvoice to host the Coachella Music and Arts and Stagecoach festivals. The 250-acre property stays vital year-round with polo, car and dog shows, weddings, and other events.

How was the first season running your own polo program after years of leasing your fields to Eldorado Polo Club?
We had an amazing season. People from all over the world came and played. We ended with a tournament offering about $75,000 in prize money. We also play polo all summer and invite people to sit on the side with a bottle of wine and watch evening games under the lights for free.

How is your own polo game?
I ended up in a big wreck this year. I was playing in the finals of a tournament at Empire. The horse tripped and went down, flipped over, and I was caught underneath. I sustained a broken shoulder and four ribs, some fractures along the spine, and a bunch of nerve damage in the leg. So now I have to heal up and see when I am ready to get back in.

How has the Coachella festival transformed the club?
The financial boost we get from the concerts allows us to invest in the infrastructure and landscaping. Every year we add art, we add trees, and we buy additional land for parking and expanding the grounds. You couldn’t afford to do those things on income that comes from polo. Polo is something that you need to support; it doesn’t support you.
agen
Do you attend the music festivals?
Absolutely, every one of them. We did our first one with Pearl Jam in 1993. I think probably the most exciting one for me was when Paul McCartney showed up, because I grew up with him.