Jill Golden, Kelly Steward, and Lili Rodriguez are making a difference in the Coachella Valley each in their own way.
PHOTOGRAPHS BY GEORGE DUCHANNES

Where would the Coachella Valley be without its visionary women leaders? Dr. June Robertson was the area’s first female doctor, caring for tuberculosis patients from Palm Springs to the Salton Sea. Zaddie Bunker, talented pilot and real estate investor, was one of the first women to break the sound barrier. And Nellie Coffman, who opened the Desert Inn and positioned Palm Springs as a destination, rolled into town the same day as a severe sand storm; both shook up this place.

Every year, Palm Springs Life recognizes those leaders of today — the modern Coachella Valley women who set the bar high and leap over it. In years when we’re not seeped in a coronavirus pandemic, the magazine hosts its Women Who Lead luncheon, keynote speaker and all, to celebrate their talent and impact. In the spirit of social distancing, we present this year’s honorees: three very different women who have all found ways to innovate, create, and empower others.

It wasn’t so long ago that every Friday morning was stressful for Lili Rodriguez.

Working as a projectionist at then-Palme d’Or Theater in Palm Desert, Rodriguez spent every Thursday night sorting through the film reels, cutting and splicing them together, preparing each film for screenings the next day.  “And then every Friday morning I held my breath,” she laughs. “It was really scary, but I loved it. It’s this hands-on engagement with film that you don’t get anymore with digital.”

Now Rodriguez gets hands on with cinema in other ways, serving as the artistic director of the Palm Springs International Film Society. She oversees every program and screening for the feature film festival as well as ShortFest, two large-scale events that receive global attention from filmmakers and cinephiles alike. 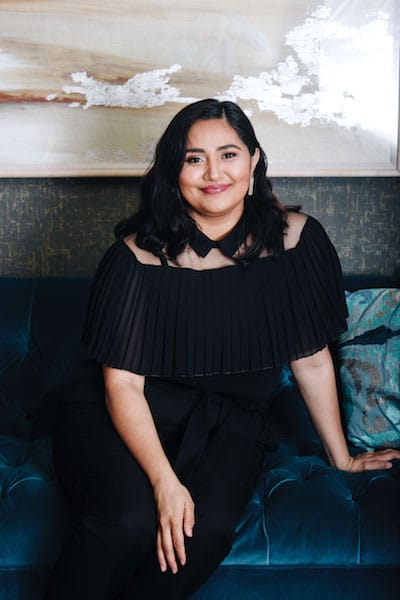 Rodriguez’s interest in film began early. She describes herself as “an indoor kid. ... When I was 2, I ran into the street and was hit by a car, so my parents were very careful with me."

The upside was a childhood was spent watching movies. Her family lived in a trailer in Coachella, and they didn’t have cable, but they did have a satellite that snagged all the movie channels.

“I watched a lot of inappropriate things, all kinds of strange art films,” she says. “That’s how I spent my summers.”

Watching all those movies stoked a love of cinema and cultivated a deep relationship with film.

“I remember going down to Metro 8 to watch anything new. And that was right next to the video store, where my friends and I would get DVDs,” she says. “I’d buy movies just to loan them to my friends. Even then, I was a programmer.”

After attending University of California, Irvine to study film, media, and art history, Rodriguez ended up back in Coachella in the midst of a recession, taking on any job she could find. Along the way, she found work in guest relations for the Palm Springs International Film Festival. That led to another job with the festival, then another, until Rodriguez was named artistic director of the film society in 2019.

“I don’t take the work lightly,” she says. “This is an institution that has so much meaning for the community, and what keeps me inspired is remembering the larger context.

“It’s not just about the movies; this is something bigger.”

When Kelly Steward was a child, she whipped up desserts in her Easy-Bake Oven. And when the cake mix ran out — because the cake mix always ran out — Steward carefully placed cheese atop Ritz crackers, sliding the stacks through the oven’s conveyor until they came out melty and hot. Then she threw hors d’oeuvres parties for her family.

“Even that early on, I knew I wanted to take care of people and make sure they were having a good time,” she says. “I would have all my dolls and stuffed animals arranged just so, and I’d pretend I was taking their tickets for the party.”

Now all grown up, Steward has channeled that lifelong passion for creating memorable moments into her professional work as the general manager of The Ritz-Carlton, Rancho Mirage. She has a naturally bubbly and sincere personality, the kind of person who makes others feel seen and nurtured. 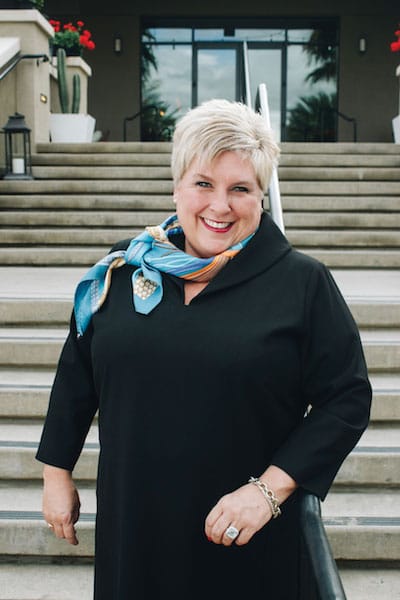 “We’re living in a time when we’re more separated than ever,” she says. “It’s a big responsibility and an honor to be able to bring people together. That brings me more joy than anything.”

As a member of The Ritz-Carlton family for more than 19 years — 12 years in operations, then general manager at The Ritz-Carlton, Cleveland before coming to the Coachella Valley — Steward takes the lead in lifting up her colleagues as well.

“What keeps me motivated and inspired is seeing success from the ladies and gentlemen here,” she says, and her eyes brim with tears. Then Steward takes a deep breath and smiles broadly, holding her hands to her heart. “This year alone, we have had 33 promotions throughout this property — which I think is pretty special.”

The key is pushing others forward while also pushing herself.

“We’re taking risks, but we’re doing it together,” she says. “The partnership, the collaboration of it all is important. What’s the point of having energy and passion if you can’t bring everyone else along with you?”

When Jill Golden and her husband Barry bought a date farm in Coachella, she thought it was going to be a blast. What she didn’t expect is that it would change lives.

“I was never going to be a typical country club lady,” says Golden, who grew up as a latch-key kid in the Midwest, worked on the Chicago Stock Exchange, and moved to the Coachella Valley in 2010. “One day, my husband said go do something, and I bought a date farm.”

Lucky Me Farm sits on 28 sprawling acres in Coachella. Stately rows of date palms line one side of the property. Golden started boarding some horses on the spacious ranch; then she discovered how many animals were in need of homes, and she had room to provide it. That led to a full menagerie: ponies, horses, dogs, a donkey, an alpaca, sheep, pigs, chickens, a blind warthog, peacocks, and some goats. 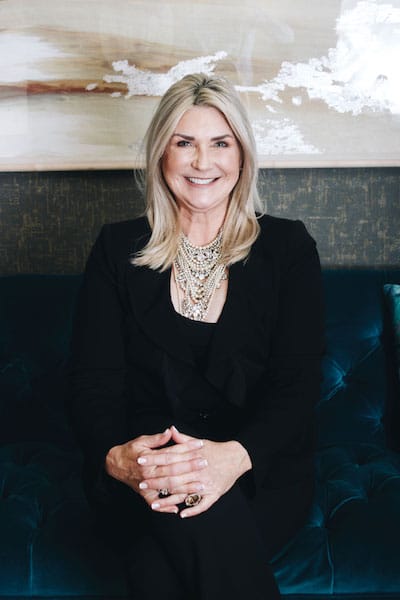 “We’ve had five baby goats born this week alone — and I used to be on Wall Street,” she says, laughing. “It’s funny where life takes you.”

Then life took Golden on another path when one of her ranch hands had a child who needed medical assistance. Because Golden has a master’s degree in social work, she immediately stepped in to help the parents navigate the medical system. What she found was a startling lack of healthcare and resources to serve the mostly Latino community in the East Valley, particularly when it comes children.

“Once you learn something, what are you going to do about it?” she says. “That’s what I kept asking myself.”

In this case, Golden became a board member for the Loma Linda University Children’s Hospital and raised more than $8 million to open a pediatric clinic in downtown Indio. The facility, the area’s largest, recently celebrated its second birthday and serves 3,000 patients.

“Everything I’ve done has led me to this place, where I was in a position to help, and that’s exactly what I had to do.”