Director Tim Kirkman jumps into the pool with actors Lucas Near-Verbrugghe and Aaron Costa Ganis on the set of Lazy Eye in Joshua Tree.
PHOTOS COURTESY OF LAZY EYE FILM

“The desert is the third character in the film,” says Rosenman, who once lived in Cathedral City. “Joshua Tree is mystical and exotic. It has its own chemistry, almost lunar, highlighting the relationship in the film.”

All eyes will be focused on the film when it opens Cinema Diverse, the Palm Springs LGBTQ Film Festival Sept. 22-25 at Camelot Theatres. Written and directed by Tim Kirkman, Lazy Eye is a view into an intricate relationship of two men exploring reconnection at a desert retreat.

“Lazy Eye is a well-crafted, well-written, beautifully filmed story,” says Michael Green, managing director of Cinema Diverse “The way the story unfolds and its believability [are] so appealing. There are twists and turns … surprises that you are not ready for.” 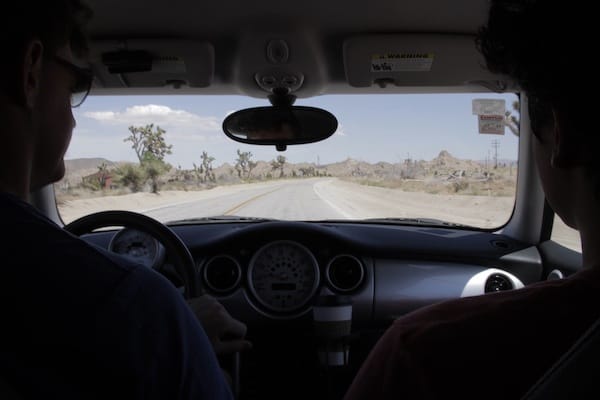 Rosenman is well known for his “dramedies,” and documentary films including Father of the Bride (1991), Buffy the Vampire Slayer (1992), and The Family Man (2000). He won the Peabody for the documentary, The Celluloid Closet, and an Oscar for the documentary Common Threads: Stories from the Quilt in 1990.

Rosenman says that Lazy Eye, which took only 12 days to be shot, has an abiding message: “To be honest in a relationship … commitment is more important than lust.” And he hopes that the audience walks away feeling that “this is the best relationship movie they’ve ever seen.” 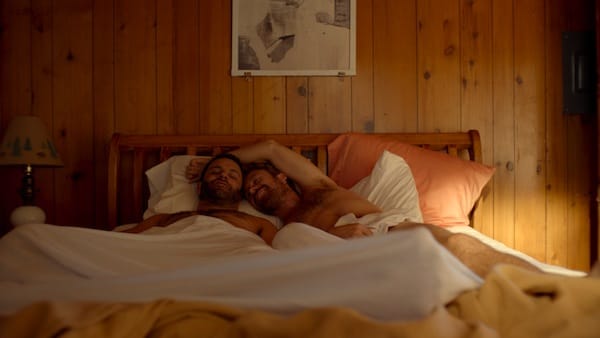