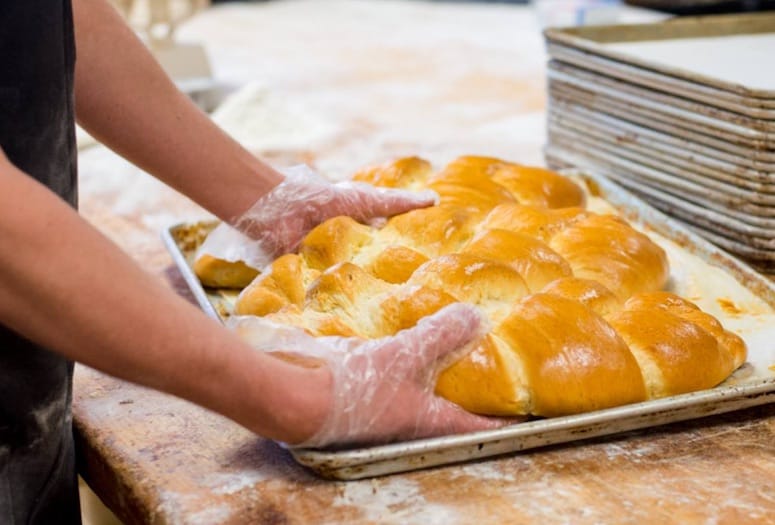 May 2019 was not the best month for Aspen Mills Bakery owner, Marty Webster. Early on, a car plowed through the shrubbery and into his Palm Springs store, and later in the month, one of his ovens caught fire. How did it happen?

“The Italian bread,” he says, “you turn the oven up to a high temperature. Then the oven, it wasn't rotating so it was sitting down on the top and for whatever reason, the fire ignited in there.” The fire alarm went off, the sprinklers went off, firemen came and chopped a hole through the roof, and Aspen Mills Bakery closed for renovation.

It took over eight months to put it all back together, including an overall refreshing, but Aspen Mills Bakery finally re-opened Jan. 10. “I've been very blessed,” Webster says. “I was really appreciative to the local community, overwhelmed with the love that I felt. It was almost like a reunion kind of thing, the first few days where everybody's coming back. I think I hugged more people in the last few days than I have in my entire life.”

Aspen Mills sustained mostly smoke and water damage, which is bad enough, but there were also some very big purchases to make, like a new oven. Insurance took care of a lot of it, but there was plenty of out-of-pocket for Webster. However, he’s most grateful that his insurance paid his employees through the summer, one of whom also worked for the original owner, Jeff Whiting, who started the bakery in 1995.

Back then, Webster, a family man with six children, was working for Marriott Desert Springs. He had started with Marriott as a shuttle driver in Los Angeles, but worked his way up to management positions and for 20 years had worked at their properties all across the continental United States, as well as Maui. But a family of eight is a lot, so Webster took a side-gig with Whiting, manning the multitude of street fairs and farmers’ markets across the Coachella Valley. 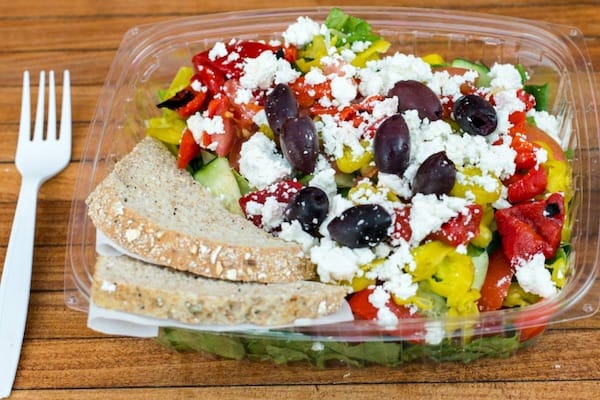 In 2001, Whiting decided to sell. Webster thought about it, decided it was for him, and took out all of his retirement money. “I was even short after that,” Webster recalls, “I had to make a couple of personal loans. Here we are almost 20 years later and we expanded.” That includes a presence in Clark's Nutrition and the Rancho Mirage Library & Observatory, as well as another location in La Quinta, which opened a few years ago.

Aspen Mills is not only a walk-in bakery and delicious cold lunch spot (fresh sandwiches and salads), they supply bread for many restaurants and hotels across the valley. Webster also continues the tradition of attending street fairs and farmers’ markets. Catering is also a big part of their business model, and that’s booming too. On opening day, the Palm Springs International Film Festival ordered 450 lunches, and the following Monday ordered 870. And in two weeks, the bakery will supply 1,200 lunches daily for the three-day Rancho Mirage Writers Festival, something they’ve been doing for years.

“You've got to make them that morning,” Webster says when asked about the sandwich-making process. “It's really neat to see. Yesterday, when we did 900, we probably had a team of six people. You do as much prep as you can the day before, but you have to actually make the sandwiches the same day. There's a lunch box of potato salad, pickle, sandwich, and a cookie. It's a great deal for $10.95.” Add to that, it’s cold take-out, so it’s not taxed.

The aroma of fresh bread when you walk in is heady and intoxicating, and everything you find at the counter in any of their stores — cookies, muffins, and brownies — is freshly baked.

The sandwich board has some great suggestions. Freshly baked bread, including two gluten-free (whole grain and sourdough) made from recipes that were created just for them, are mainstays. 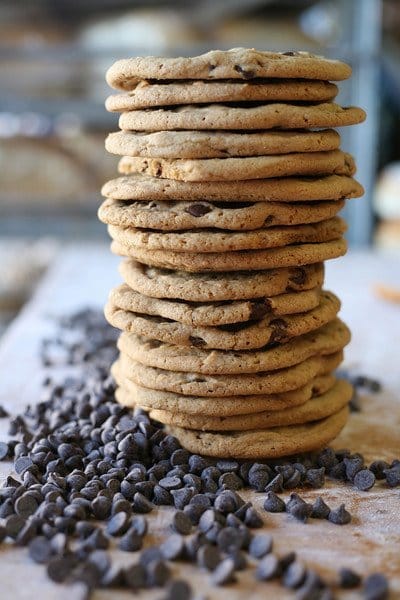 If there’s someone in your lunch group that doesn’t eat carbs, the salads are fresh and made to order. Just keep them away from the free cookie and brownie samples the bakery hands out every day. Or not.