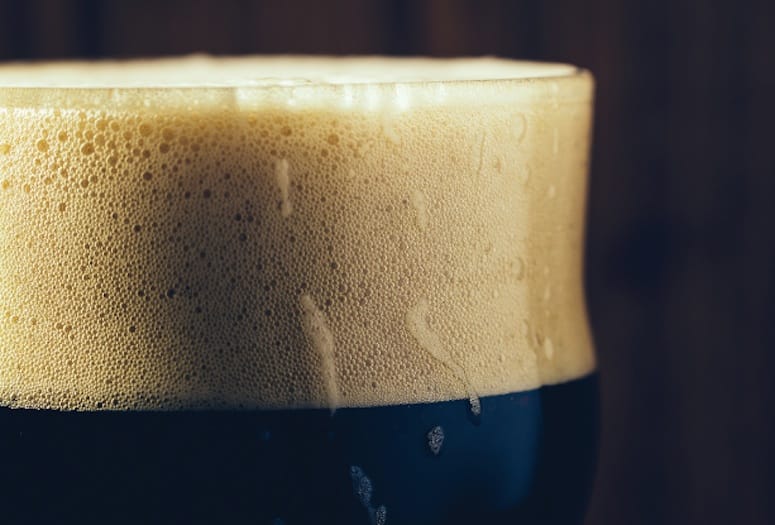 The proper head on a pint of stout should be no more than 1 inch.
PHOTOS BY MISHA GRAVENOR

Someone once said, “History flows forward on rivers of beer.” It’s a beautiful thought.

There is no doubt beer has played a tremendous role in history and in shaping the human experience. And what human experience cannot be improved by a pint of dark, rich stout?

It should come as no surprise that stout lovers across the world fête delicious dark beer on International Stout Day. Mark your calendar for the seventh annual celebration, Nov. 2.

In order to understand stout, one must first give accolades to its predecessor, the porter. Porters were first developed in the early 1700s and were favored among London’s working class. The word “stout,” after the 14th century, had taken on as one of its meanings “strong,” and was used as such to describe strong beers, such as porter. “Stout,” as in stout porter, was the heavy concoction London’s brewers developed and is the dark beer that gave us what we think of today as the typical stout style.

Arthur Guinness started brewing ales in 1759 at the St. James’ Gate Brewery in Dublin. It was Dec. 31, 1759, when he signed a 9,000-year lease at 45 pounds per year, arguably making the smartest — and longest — investment in history.

In 2012 and 2016, Guinness invited me to Dublin on the Emerald Isle to visit this most famous and historical of all breweries.

To celebrate this historic, fabled brew — and brewery — the good folks at Guinness threw a huge party, as only the Irish can do, on International Stout Day. Created by your humble narrator in 2011, the holiday aims to honor all that is good about the deep, dark red brew, including its history and the collaborative communities that enjoy it.

St. James’ Gate has operated an experimental brewery at this location for more than a hundred years. In November 2015, the Open Gate Brewery opened to the public offering tastings of Guinness beers from around the globe that have not been available in Ireland. 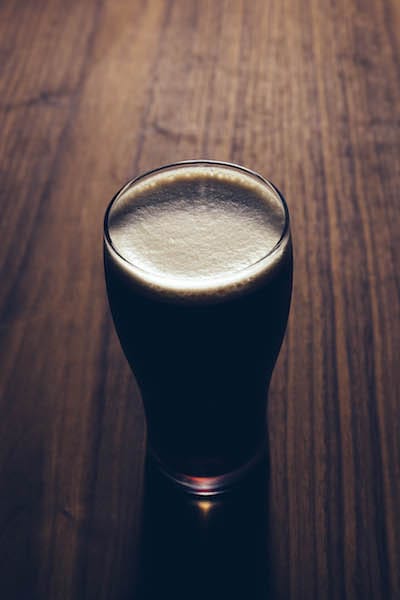 It is said that the reason Irish babies are so healthy is that there is a good dose of vitamin G (Guinness) in their mother’s milk.

This is where we celebrated Stout Day in 2016, along with five Irish craft breweries — which was an occasion in itself, as it was the first time ever Guinness swung open its massive gate to smaller craft brewers.

Back in the States, plenty of bars and breweries pour the dark stuff. Below are my picks for some of the best stouts available in and around the Coachella Valley, so you too can grab a mug and celebrate suds.

Koffi Porter is brewed with dark-roasted chocolate and crystal malt. After fermentation, brewers add roasted coffee beans from local coffee retailer Koffi. This beer has taken home the bronze in the 2014 World Beer Championships, the crème de la crème of beer competitions. It also took the bronze in the 2016 Los Angeles International Beer Competition. The brewery has a delicious bourbon barrel–aged version that just won gold at the U.S. Open Beer Championship and also took home the gold at the World Beer Cup in 2016.

ABV to be determined

This yet-to-be-named beer is a special, one-off brew for the season and the holiday. Stop by to find special promotions and discounts on Stout Day. Keep in mind this is the same brewery that released Black Widow, a behemoth of a beer with 20.4 percent alcohol-by-volume — apparently that’s what happens when you age it in Four Roses Bourbon barrels for 15 months. Also try their Whopper imperial chocolate milk stout, made with chocolate grains, unfermentable milk sugar, Belgian bittersweet whole chocolate, and cacao nibs, then aged in bourbon oak barrels for over 12 months.

King Harbor’s Swirly, a brown-ale base with cold-brew coffee, vanilla bean, cacao nibs, and lactose sugar, has been the brewery’s dark beer mainstay for the last three years. They occasionally release an imperial stout in the winter, but this year Tom Dunbabin and the brewing team decided to develop a Summer Stout — all that chocolate and roast-malt profile, with some subtle refreshing characteristics, lower alcohol-by-volume, and a clean finish. They’ve partnered with local home brewer Julian Reyes to produce the frothy beverage. King Harbor will host a Stout Day event at the brewery Nov. 2. Expect to see this beer and other King Harbor brews around the Coachella Valley throughout fall and winter. 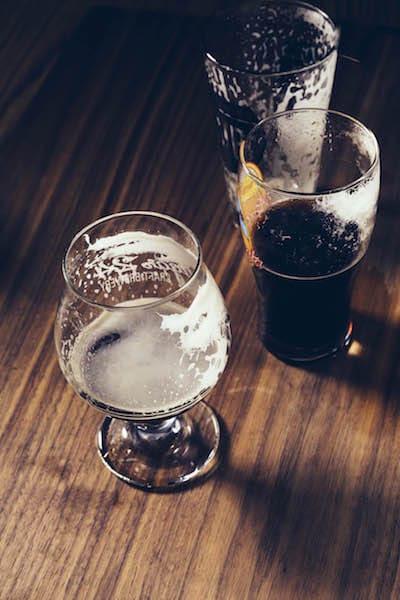 “From man’s sweat and God’s love, beer came into the world.” — Saint Arnoldus

This is the 10 percent imperial big brother to Morning Star, a 7 percent oatmeal stout. It’s brewed with a unique blend of espresso and French-roast coffee beans for earthy java aromatics, while roasted malts provide a rich chocolate body and a complementary mild coffee finish. Join Wick’s in Riverside on Stout Day, as they’ll be hosting a special event to celebrate everything stout.

You can’t go without mentioning these two delicious beers. The seasonal Chocolate Bomber is a chocolate porter coming in at 8 percent alcohol-by-volume and is available from October to January. Their special release, Pugachev’s Cobra, is a Russian imperial stout that’s available from October to December this year. Pugachev’s Cobra is rich and dark, bursting with chocolate, vanilla, oak, bourbon, and dark-fruit notes. The alcohol-by-volume differs every year, but has ranged from 13.5 percent to 18.9 percent, so sip from a snifter and enjoy with a hearty steak or nice cigar. 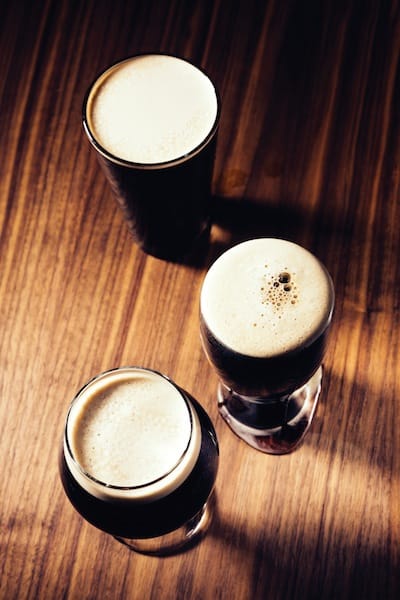 While hundreds of craft breweries and pubs around the world host their own Stout Day events, you can celebrate just about anywhere. Record and rate your stout and where you’re celebrating on the Untappd app. Every year, the mobile application offers up fun special badges to those celebrating the holiday. So don’t forget to log your stout Nov. 2.

International Stout Day brings stout beer–lovers together and gives the dark beer a day in the spotlight, which it so rightly deserves. Let the river flow.