Director Joe Mantello works with actors Jim Parsons (foreground) and Brian Hutchison during filming of The Boys in the Band, which is streaming on Netflix.
PHOTOGRAPHS COURTESY NETFLIX

In 2010, Joe Mantello was getting ready to direct the Jon Robin Baitz play, Other Desert Cities, which takes place in Palm Springs about a family with differing political views and a long-held family secret.

“I had never been to Palm Springs, so I came out here just as kind of a research trip and drove around a little bit. And that was the first time and I loved it,” Mantello recalls.

You get the idea where this is going. Five years later, Mantello heard from friends who lived in Palm Springs. “It was just a happy accident. A friend emailed me and said, ‘I don't know if you were ever thinking of moving to Palm Springs, but I just found your house’. And so he sent me photos and I thought, ‘Oh, that's a really amazing house’. And through a whole series of events, months later, we ended up coming out here.”

• READ NEXT: Hear From An Actor in the Original "The Boys in the Band" — Laurence Luckinbill.

That’s one reason why Mantello is in Palm Springs right now, celebrating his latest directorial effort, The Boys in the Band, streaming on Netflix since Sept. 30. The film culminates the revival of the 1968 original written by Mart Crowley (who passed away in March following a heart attack but does appear in the film) that was first celebrated on Broadway with the play in 2018 featuring an all-gay cast led by Jim Parsons (The Big Bang Theory). The same cast appears in the film as well.

Mantello was working on another Broadway revival, Who’s Afraid of Virginia Woolf? with Laurie Metcalf (who played Parson’s mom on The Big Bang Theory) when the coronavirus pandemic hit in March. Initially, he and his partner, Paul Marlow, remained at their Long Island house. But when it was determined that live theater was not going to be returning any time soon, they headed west.

Mantello chats with Palm Springs Life about The Boys in the Band.

I read in another interview you gave where you said The Boys in the Band has become a much more complicated piece than you thought. How was it complicated for you and what was the source of the complication?

I think for a long time, I exhibited in a very reductive way in that it was a story of eight or nine gay men who were all filled with shame and self-loathing, and though I think that's a huge part of the narrative of the play. 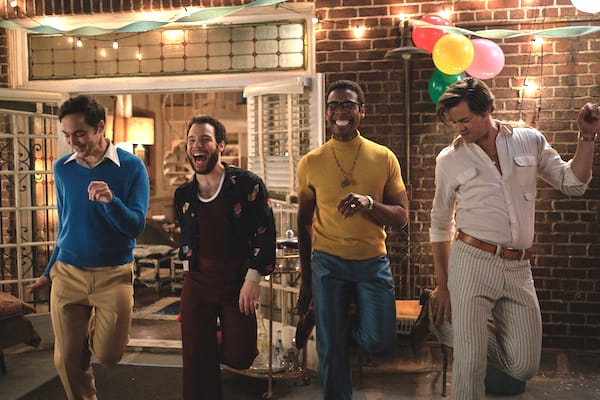 (From left): Jim Parsons as Michael, Robin De Jesus as Emory, Michael Benjamin Washington as Bernard, and Andrew Rannells as Larry in The Boys in the Band.

I think there are other elements in it as well, and so I think it was our job for approaching it in 2019 to kind of excavate other colors as well.

And I read that you said you came away with a greater appreciation for Mart Crowley’s work that you didn't get before. How did that happen?

Well, I mean part of it, I think is just life and one of the things that I love about encountering a great work over the course of one's life is that you have a different response to it. When I read "Our Town" as a 17 year old in high school, I had a different response to it than I have now. And that's the thing about classics is that they stand up to a kind of scrutiny through your whole life, and so my experience of Boys in the Band again, I was probably 17 or 18 when I first saw it, is different than it is now as a 57-year-old man.

How do you see it now than when you were much younger?

When I was younger, I think I saw it as a cautionary tale because I was just coming out and I didn't really want any bad news. I did not want my life to look like that. When I read it as a 50 something year old, man, I saw all sorts of nuance in it that I hadn't been able to see before.

What convinced you to direct it?

We put together a reading of the play several months before we actually committed to doing it, and many of these same actors were in that initial reading. Hearing it aloud and hearing this cast read it, convinced me that there was something worth exploring.

What did you add to the film version that you think will resonate with audiences?

There's a sort of an epilogue at the end that's not in the original but we added in which you see a montage of all the characters after the devastation of the party, and that you see the ways in which they are trying to recover, take care of each other, tend to each other's wounds, reflect on what's happened. And so it's sort of a continuation of that notion that Mart puts into the play where Harold sort of eviscerates Michael and before he walks out the door, he says, "I'll call you tomorrow." 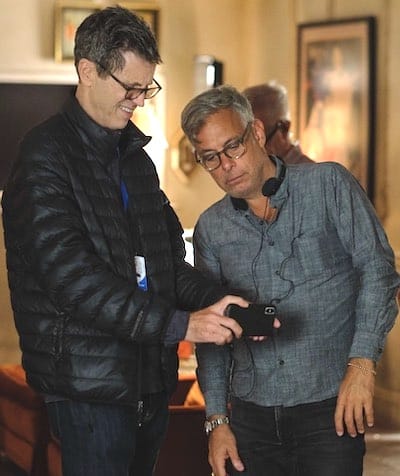 And that sense of a community that's going on. And that is also in addition to some real cruelty to one another is also able to take care of one another, find intimacy with one another. It was just something, a parallel idea to the savagery.

Why did you feel that was important to include?

Because looking back with the benefit of the perspective of history, I think those things are true about our community, that when the AIDS epidemic hit, we took care of one another. There was a tenderness. I know that those things existed and that wasn't that far down the line. These men exist in a very specific context in which the world is telling them that they have no value. And what's sad is to the varying degrees about the characters, how much they accept that. But they were being told that they were sick. They were being told that they could cure themselves. It's not a weakness or a deficit of character if some of them weren't able to withstand that.

What have you found as both an actor and a director, does one help the other? Or is there a separation between the two?

It helps in some way. I certainly can empathize with what it's like as you're making your way through the kind of the wilderness of a first rehearsal through opening night. It’s a complicated process. I see my job as assisting in a process of kind of uncovering clues along the way that helped to construct a performance. But I'm also coming at it from someone who has been in their shoes. So I know how difficult it is.

Have you learned as an actor working with a variety of directors that maybe you took bits and pieces of techniques that they used and have helped you?

A little bit. It's actually been more that I've had a front row seat to watching some of the greatest actors, living actors in rehearsal, and so I've learned more from watching other actors as a director. 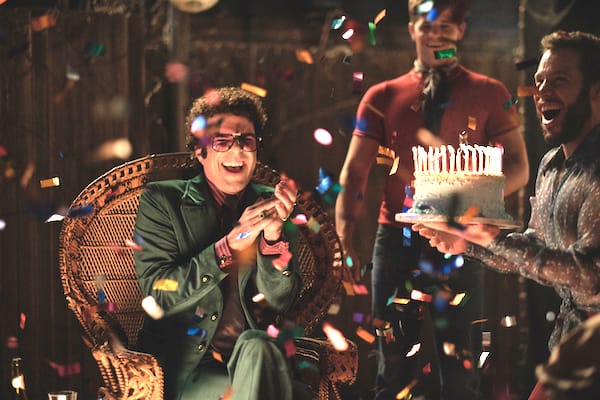 Zacharty Quinto plays Harold in The Boys in the Band.

VIDEO: View the trailer for The Boys in the Band.