National Taco Day: Where to Enjoy in Greater Palm Springs 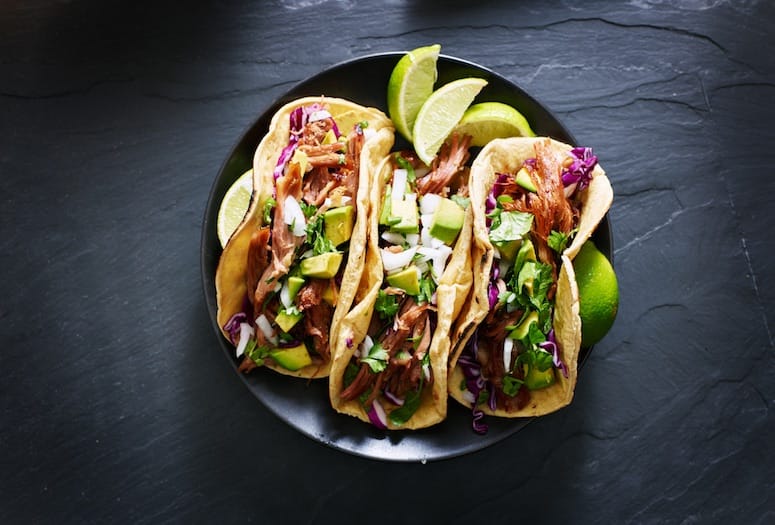 It’s not like we celebrate tacos just one day a year. Americans consumed 4.5 billion tacos last year, so it’s pretty obvious that just about any day is good for tacos. But if you’re keeping track, Oct. 4 is National Taco Day.

In his book, Planet Taco, author Jeffrey Picher says the word, taco, originates from the silver mines in Mexico in the 18th century. Taco referred to little explosives workers used to extract ore.

The first mention of tacos dates back to 1905, says Pilcher, a professor of food history at the University of Toronto. That’s when Mexican immigrants were coming into the U.S. working the mines and railroads. Tacos became Americanized by Glen Bell, who founded Taco Bell in the early 1960s by creating a fast food product thanks to taco shells that made them portable. The chain now serves up a variety of Tex-Mex foods to more than 2 billion customers in 5,800 restaurants just in the U.S.

Where will you go for your taco fix in Greater Palm Springs? Palm Springs Life readers have some suggestions on where you can find some in their picks for Best Mexican restaurants in our Best of the Best 2020 contest.

What about asking three East Valley taco makers from El Tranvia and Up in Smoke in Coachella, and Taco Jalisco in Indio, who break down the secrets to creating that masterpiece. There is a video attached showing the mouth-watering process.

Looking for some freebies?

Del Taco will be giving away a free taco with a regular purchase starting Oct. 3 and running through Oct. 4. You have to use the app to obtain the obtain the coupon. In fact, the fast food chain is dedicating the month to tacos with a variety of specials planned.

Taco Bell is launching a gifting platform Oct. 4 and the fast-food chain is giving a free taco to the first 10,000 people who use Taco Gifter. Check Taco Bell's Twitter account, which will tweet when the free tacos will be available Sunday.

Jack in the Box is celebrating National Taco Day with two free tacos with any app purchase on Oct. 4.

Also, El Jefe at the Saguaro Palm Springs has begun both Taco Tuesday and Taco Thursday.