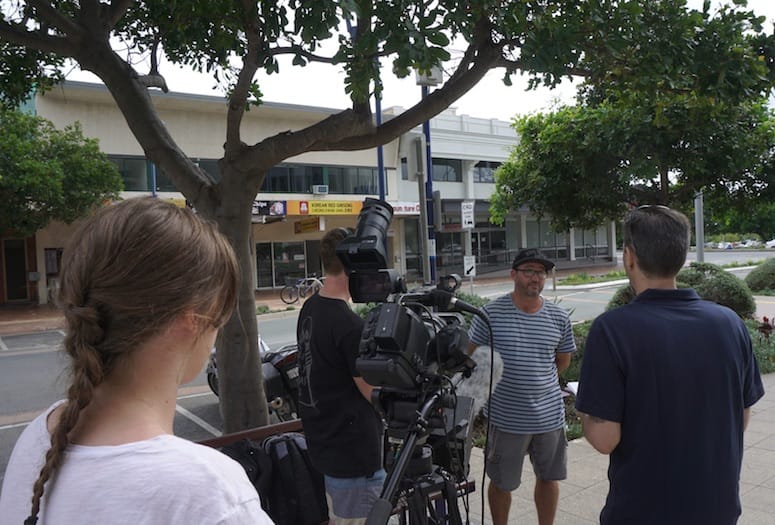 With one of the highest concentrations of dispensaries in California, massive commercial growing, and the recent approval of cannabis consumption cafes by Palm Springs and Cathedral City, cannabis culture is establishing roots in the Coachella Valley.

• Hear from Keynote speaker Lori Ajax, head of the Bureau of Cannabis Control in California.

“Cannabis has been prohibited for 80 to 85 years. Prior to that, it was part of medicine and was in many, many pharmacies,” says festival director Paul Palodichuk. “It’s legal now in the state of California. So the question is, what do we do with it now? What do we talk to our teens about? What if we did something in the ’70s and we’re afraid of it and you’re figuring out it’s good medicine now?”

The festival will feature international feature films, shorts, and documentaries. The 420 reception kicks off at 4:20 p.m. on April 20 with music and a no-host bar, featuring munchies, speeches, and screenings of two films: re:legalized, a journey into the re-legalization of cannabis, which takes an in-depth look at the emerging industry from many perspectives, and Plant, a visually stunning documentary about the process of cultivation outdoors. 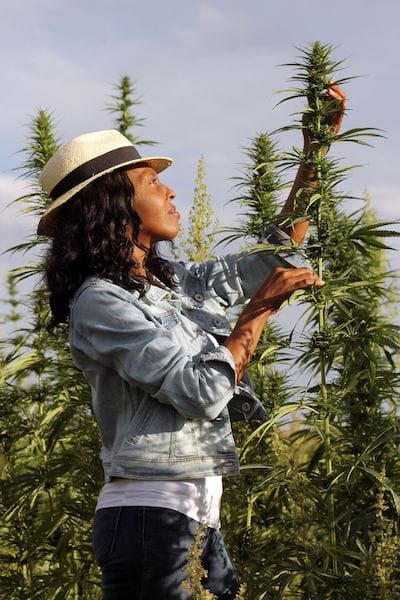 Natalie Simone is featured in Mary Janes: The Women of Weed documentary.

The films selected for the festival range from Saturday-night shorts to feature-length docs. Rolling Papers tells of The Denver Post’s foray into cannabis journalism in the early days of legalization in Colorado. The Emperor of Hemp is a documentary about cannabis freedom fighter Jack Herer, author of Emperor Has No Clothes: The Official Hemp Bible. Herer has spent his life working for cannabis awareness and education, and has been on the front lines of the legalization movement for decades. Mary Janes: The Women of Weed examines the leadership role women have taken in the cannabis industry; it features interviews with singer/songwriter Melissa Etheridge and other prominent female “ganjapreneurs.”

But this is much more than a film festival. The four-day event will also include speakers, panel discussions, culinary workshops, educational programs, and social gatherings.

Lori Ajax, chief of California Bureau of Cannabis Control, will deliver a keynote speech at 10 a.m. on April 21 at Camelot Theatres. She will discuss her position as California’s first cannabis czar and how regulations will affect the cannabis market in California.

A Business Case series will help attendees sort through the regulations, while six classes on tourism will acquaint businesses and others with capitalizing on one of the desert’s biggest economic drivers.

A daily Higher Ground yoga class at a private location in the Movie Colony will cannabis into the healing practice. There will also be cooking. 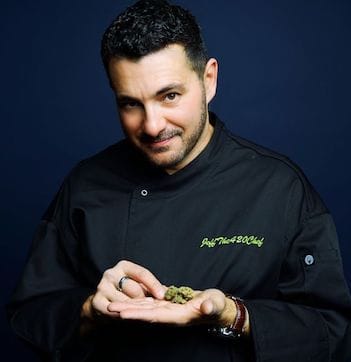 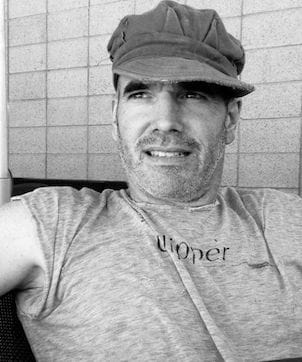 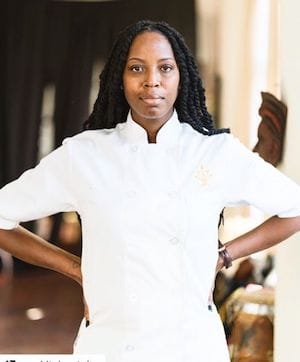 Our culinary cannabis segment is going to be kind of fun because we’ve got some pretty renowned chefs coming to talk, and then setting up some chef demos,” says Palodichuk.

An invitation-only event not officially part of the festival will spotlight chef Stephen Lee cooking at a private location on April 21. The menu will consist of fresh ingredients from the Coachella Valley’s certified farmers’ markets. The high-end event includes live music with Bob Hamilton and RiceontheBass and free valet parking. Non-infused and infused versions of each dish will be offered.

Meanwhile, the public is invited to a non-infused workshop called “Culinary Cannabis: 3 Top Chefs” on April 21 at the Camelot Theatres. The workshop explores culinary cannabis pairings, edibles, infusions, and extracts with talks from three chefs in the fledgling niche, Andrea Drummer, Holden Jagger, and JeffThe420Chef.