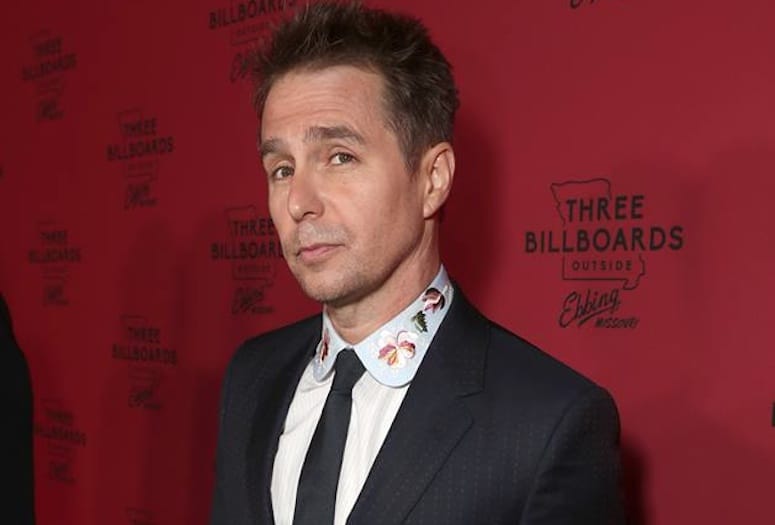 Sam Rockwell at the Los Angeles premiere of the film.
PHOTO COURTESY OF THREE BILLBOARDS OUTSIDE EBBING, MISOURRI ON FACEBOOK

The Film Awards Gala, hosted by Mary Hart, will be held at the Palm Springs Convention Center. The Festival runs January 4-15, 2018.

“Sam Rockwell is one of the most dynamic actors of his generation known for creating memorable and diverse characters.  Once again he takes on another challenging role as the immature and explosive Officer Dixon in his critically acclaimed performance in Three Billboards Outside Ebbing, Missouri,” said Festival Chairman Harold Matzner.

Fox Searchlight’s Three Billboards Outside Ebbing, Missouri is a darkly comedic drama from Academy Award winner Martin McDonagh. After months without a culprit in her daughter’s murder case, Mildred Hayes makes a bold move, painting three signs leading into her town with a controversial message for Ebbing’s revered Chief of Police, William Willoughby. With the involvement of Officer Dixon (Rockwell), his short-tempered second-in-command, the battle between Mildred and the town’s law enforcement is only exacerbated.

Rockwell won critical praise, as well as the Berlin Film Festival’s Silver Berlin Bear Award and Movieline’s Breakthrough Performance of the Year Award, for his portrayal of Chuck Barris in Confessions of a Dangerous Mind. He was nominated for a Critics’ Choice Award in 2014 for Best Actor in a Comedy for his performance in The Way, Way Back and in 2010 for Best Supporting Actor for Conviction.