One of the best ways to really get to know Golden Globe winner Richard Chamberlain is to read his book. And not necessarily his 2003 autobiography, Shattered Love, which, among other things, shined the light on his sexuality.

Consider venturing into My Life in Haiku, Chamberlain’s collection of poems, which was published in 2013. In one of his many creative offerings, he muses:

Isn’t that joy’s face
Do I dare embrace its glee
Kiddo, you are worth it

If you suspect this may suggest Chamberlain doesn’t mind looking beneath the surface — that place where emotions and motivations and intentions dwell —you would be right. Still, haiku is just a tempting appetizer and more candid revelations are better suited in front of an audience, which makes An Intimate Evening With Richard Chamberlain, unfolding at Oscar’s Café & Bar on Oct. 22, all the more appealing.

• READ NEXT: What Else is Going on in October. How About 44 Things.

Expect clips, conversation, and especially for Chamberlain, there’s bound to be reflections on both his professional life and vibrant personal journey. The actor was, after all, the 1980s A-lister who generated buzz and awards for the popular mini-series Shogun and The Thorn Birds — the latter based on Colleen McCullough’s bestseller about a priest who falls in love. Of course, many people recall Chamberlain as the headliner for TV’s Dr. Kildare in the 1960s.

You’ve embodied many characters over the years who’ve had to plunge the depths of their emotions, what do you love most about acting and haven taken on such roles?

When I was kid, I didn’t like school and I wasn’t very happy with “real” life. But we used to go to double-bills on a dime and I thought, “Whoa, that’s a good place to be—up on the screen.” I was always fascinated with the idea of being an actor. The problem was I was always a little withdrawn, shy, and not very sure of myself. But the people up on screen seemed so confident. In college, I decided to be an art major, because of my shyness, but I spent a lot of time moonlighting in the drama department, and in my senior year, I was cast in a play and for some reason, I was able to let go and do it. I threw art out the window and decided to become an actor.

As for what acting means to me, well … it means doing what I love doing the most—being somebody else. 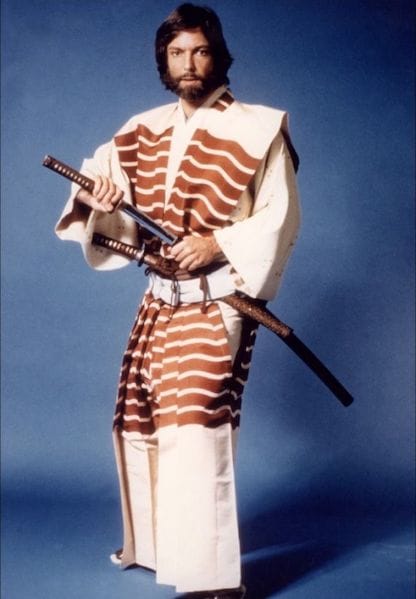 Richard Chamberlain says the TV mini-series Shogun surprised him by its success.

Dr. Kildare, Shogun, and The Thorn Birds were some of your most defining roles. How prepared were you by the success of your work?

Shogun surprised me. It was such a huge success. Being very Japanese, I wasn’t sure the American audience would take to it like they did. And we put sushi on the map, by the way [laughs]. When I read the book, The Thorn Birds, I thought it was such a great, first-class soap opera. The cast and the director were so good, so that didn’t totally surprise me. But I am always rather surprised when things go well, even finding things on a map, and then getting there. I’m always kind of surprised.

In what ways do you feel some of those roles changed your life?

I fell in love with Japan [for Shogun]. We filmed there for more than six months. I fell in love with the art and the Japanese culture is so interesting. I’ve always been interested in spiritual things, and the Buddhist take on things interested me a lot. I’m very attracted to Buddhist statues and calligraphy.

What was about the culture and Buddhism that appealed to you? The piece of mind or …?

Yes. That was it. And the giant bronze statue of Buddha in Japan is just overwhelming in its serenity. There’s something in that, which something in me is attracted to. I’m not a regular meditator but I do meditate and find it very valuable.

In what ways did Shattered Love shift things?

Well, it was before it was published in 2003 when the miracle happened. I was about 68 when I wrote it. I thought I knew how to live life well and I thought I was going to write a philosophical kind of book. My friends and publisher said I had to make it more personal. I was hesitant about talking about being gay in it, because I knew that that was all anybody would talk about — being gay in Hollywood. But I decided I had to include it. One day, when I was in a little room in Hawaii where I was writing the book, I had the most amazing experience.

Now, there was no “angel” involved, but what it felt like was as if an angel came in and put his or her hand on my head and said, “Richard, you’ve been barking up the wrong tree here — all your self-dislike of having grown up during the 1930s, ’40s and ’50s.” That was when being gay was totally verboden. Suddenly, deep, deep within my bones, I realized that I had been lying to myself, like society had been lying to me, and that there was nothing wrong at all; nothing wrong with me.

At that moment, I was relieved, and this was after decades of self-disapproval. It was like a miracle.

What qualities do you feel make for a good relationship?

Love. The most interesting thing to me in life is love. There’s love the verb. And love the noun. Love the noun, I think, is an aspect of life that is very real. It’s a presence that can be called upon. For instance, in meditation, I can call on the presence of love and more often than not, it comes. It’s a place of wholeness and wellness, belongingness, and kindness. So, when there’s real love in relationship, you see the other person and the other person sees you.

One last question: What empowers you most these days?

I’m discovering in my later days what it’s like to just be myself. I came from a family where we were all pretending to be perfect. We played into each others’ game of perfection. But just in the last couple of years, I’ve felt this wonderful freedom to really … just be myself. 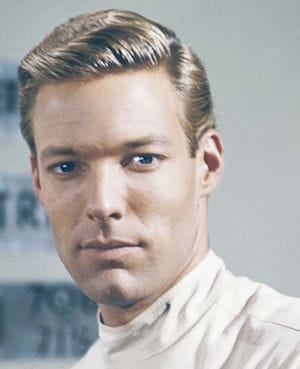 The young Richard Chamberlain in the TV series, Dr. Kildare, which ran from 1961-66.

• READ NEXT: Why Matt Farber's Outlandish Series Has Found a Home in Palm Springs.