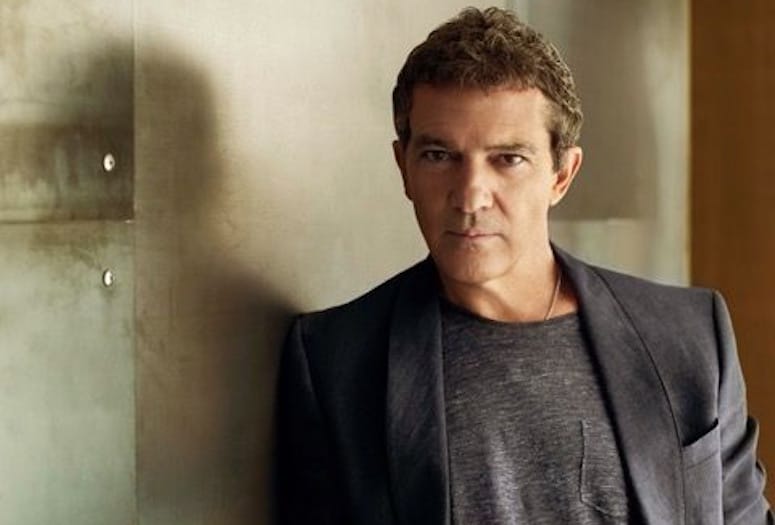 Antonio Banderas is being honored for his role in the film, Pain and Glory, which he made with director Pedro Almodóvar.
PHOTOGRAPH COURTESY PALM SPRINGS INTERNATIONAL FILM FESTIVAL

Antonio Banderas will be recognized with the International Star Award, Actor for his performance in Pain and Glory at the Palm Springs International Film Festival (PSIFF) annual Awards Gala. The event, presented by American Express, sponsored by AT&T and Entertainment Tonight and hosted by Mary Hart is scheduled Jan. 2 at the Palm Springs Convention Center. The festival runs Jan. 2-13, 2020.

“Throughout his career Antonio Banderas has garnered international acclaim and world recognition from his memorable performances. In his latest film Pain and Glory, Antonio gives another deeply moving performance as aging film director Salvador Mallo going through a creative crisis as he reflects on the choice’s he’s made throughout his life,” said Festival Chairman Harold Matzner.

From Sony Picture Classics and presented by El Deseo, Pain and Glory tells of a series of reencounters experienced by Mallo, a film director in his physical decline. Some of them in the flesh, others remembered: his childhood in the 1960s, when he emigrated with his parents to a village in Valencia in search of prosperity, the first desire, his first adult love in the Madrid of the '80s, the pain of the breakup of that love while it was still alive and intense, writing as the only therapy to forget the unforgettable, the early discovery of cinema, and the void, the infinite void created by the incapacity to keep on making films.

Pain and Glory talks about creation, about the difficulty of separating it from one’s own life and about the passions that give it meaning and hope. In recovering his past, Salvador finds the urgent need to recount it, and in that need he also finds his salvation.

In 1982, Banderas was cast by writer/director Pedro Almodóvar in Labyrinth of Passion. It was the first of eight films Banderas would do with Almodóvar, the others being Matador, Law of Desire, Women on the Verge of a Nervous Breakdown, Tie Me Up! Tie Me Down!, La Piel Que Habito (The Skin I Live In) and I’m So Excited. The international success of these films introduced him to Hollywood, where has starred in countless films including Desperado, Once Upon a Time in Mexico, Original Sin, Evita, in which he received his first Best Actor Golden Globe nomination, The Mask of Zorro, in which he received his second Best Actor Golden Globe nomination, and the sequel The Legend of Zorro, Interview with a Vampire, Philadelphia, House of the Spirits and Femme Fatale.

He was nominated for his third Best Actor Golden Globe for his performance in HBO’s release of And Starring Pancho Villa as Himself.  His additional film credits include The Laundromat, Life Itself, Beyond The Edge, The Music of Silence, Security, Black Butterfly, The 33, Automata, Knights of Cups, The Expendables 3, SpongeBob: Sponge Out Of Water, Machete Kills, Justin and the Knights of Valour, Ruby Sparks, Haywire, Black Gold, Day of the Falcon, Puss In Boots, You Will Meet A Tall Dark Stranger, The Big Bang, The Other Man, Shrek 2 and Shrek the Third, Shrek Forever After, Take the Lead, Spy Kids trilogy, Miami Rhapsody, Four Rooms, Assassins, Never Talk to Strangers, Two Much, The 13th Warrior, Play it to the Bone and Ballistic: Ecks vs. Sever. His next project is Dolittle.