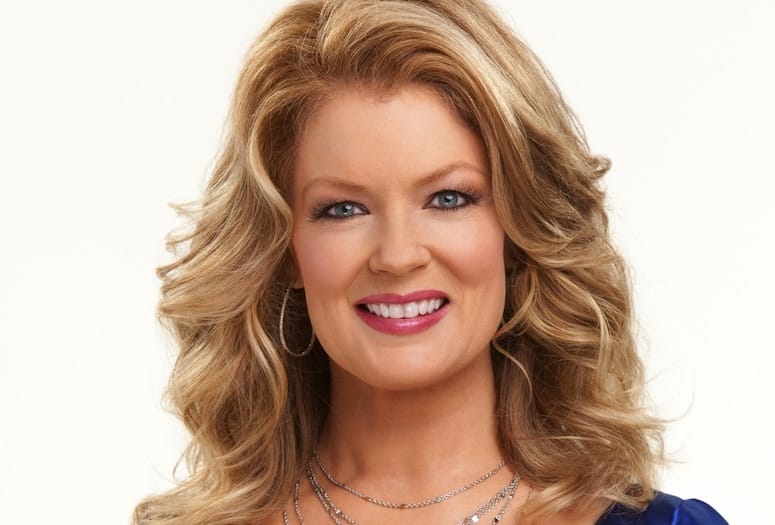 Mary Hart: "Palm Springs has become much more important in my life as a second residence than I ever dreamed it would be..."
PHOTOGRAPHS COURTESY PALM SPRINGS INTERNATIONAL FILM FESTIVAL

Mary Hart has kept a home in Greater Palm Springs for more than 20 years, but the legendary entertainment journalist is about to become a more permanent part of the community.

The veteran Entertainment Tonight host is being honored with a star on Walk of Stars Palm Springs as part of her own namesake weekend in December. Hart will preside over the City of Palm Springs Holiday Tree Lighting on Dec. 6 and serve as Celebrity Grand Marshal of the 27th annual Festival of Lights parade on Dec. 7, after receiving her star earlier that day.

“I am so tickled and so grateful,” Hart says. “It took me totally by surprise.”

Harold Matzner, chairman of the Palm Springs International Film Festival, nominated Hart for inclusion on the Walk of Stars in recognition of her many years serving as emcee of ceremonies for the film festival’s Awards Gala. This year will mark Hart’s 17th as host.

Hart first got involved with the film festival at the behest of a former colleague from her time working with Regis Philbin at NBC. Nowadays, her annual return to the show feels like a family reunion, she says, because the same team of producers, musicians, writers and directors have been working together for years.

“I just know I’m in good hands,” Hart said. “Even though I’m not doing television on a regular basis, I do love keeping my toes in Hollywood by doing this.”

Plus, the gala’s early-January timing makes it the kick-off for Hollywood’s awards season. This year’s event is set for Jan. 2, 2020, with the festival continuing through Jan. 13.

“The stars enjoy coming out and being a part of it, and they show their gratitude very genuinely, which really makes it an exciting evening,” Hart says. “It’s a really great precursor to who’s going to be winning the awards the entire season.”

Though Hart left Entertainment Tonight in 2011 after nearly 30 years as its host, she doesn’t really consider herself retired. She still makes occasional appearances on the show and is an active volunteer with Children’s Hospital Los Angeles while serving on the board of the Simon Wiesenthal Center’s Museum of Tolerance. 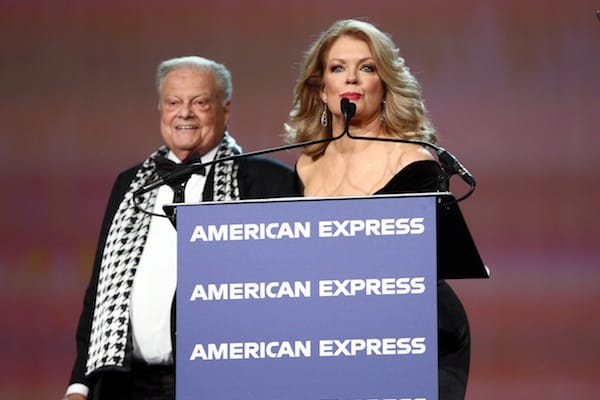 A more relaxed work schedule means she and her husband,  TV and film producer Burt Sugarman, have more time to spend at their desert oasis. Hart loves waking up early for a quiet walk around the golf course — maybe sneaking in a few rounds in the afternoon — and enjoying the galleries and restaurants in town.

They also love taking the Aerial Tramway to the top of San Jacinto peak (“It’s so different at the top, you feel like you’ve entered another state,” Hart says. “I once cross-country skied up there!”) and coming out for the Coachella and Stagecoach music festivals each year.

“Palm Springs has become much more important in my life as a second residence than I ever dreamed it would be in 1999, when I took my first golf lesson at PGA West and fell in love with the sport,” Mary Hart notes. She and Sugarman bought a home in the area that same year.

“I thought, ‘Oh, I’m not going to have time to do this or really spend any time here for many, many years. And we found time. My parents ended up moving there. And Burt and I love going to the desert.”

There’s just one problem: Despite visiting at least twice a month for several days at a stretch,“It’s never enough,” Mary Hart says. “I always wish we could stay another day.”